George Soros is an investment juggernaut cut from the cloth of the American dream. 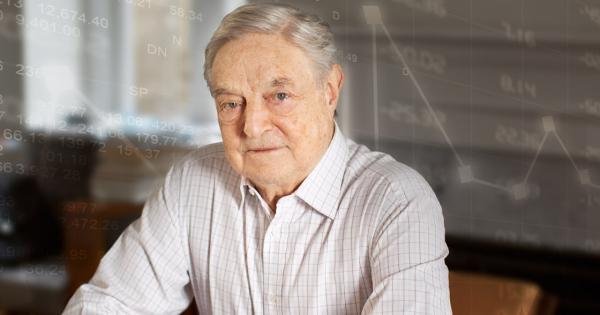 George Soros is an investment juggernaut cut from the cloth of the American dream. Born in Hungary’s capital city, Soros survived a Nazi occupation and went on to be educated at the London School of Economics before moving to New York City in 1969 where he would begin his prolific investment career.

There is so much about Soros’ life that is remarkable and noteworthy, but he is best known for his investment prowess.

According to Forbes, Soros boasts a net worth of $8 billion, which is good for #20 on their list of 400 wealthiest people in American.

Of course, this is after Soros donated $18 billion to charity. In 2017, The Wall Street Journal reported that Soros made his outsize contribution to the Open Society Foundation.

In other words, Soros is a pretty in-touch investor, and he’s made the most of his money.

Although he formally retired in 2011, he remains active in the investment world through his family-run firm, Soros Fund Management, which as $26 billion in assets under their control. It’s this entity that, according to Bloomberg, is preparing to invest in cryptocurrencies for the first time.

The report indicates that Adam Fisher, who facilitates macro investment strategy at the family firm, received approval to trade cryptocurrencies, but he has yet to make any actual investments.

The firm hasn’t yet made any investments in digital currencies; the news is encouraging to crypto enthusiasts who have been inundated by pessimistic critics of the burgeoning financial market and by a bear market that rescinded a lot of the gains from the last few months.

The strategic support of such a renowned figure is at least providing a morale boost to the beleaguered markets.

A New Way of Thinking

Interestingly, Soros himself has not always been a proponent of cryptocurrencies. In comments at The World Economic Forum in January, Soros argued that the Bitcoin bubble would not burst like previous market inflations. However, his reasoning was far from encouraging:

“Normally, when you have a parabolic curve, eventually it has a very sharp break… but in this case, as long as you have dictatorships on the rise you will have a different ending because the rulers in those countries will turn to Bitcoin to build a nest egg abroad.”

Even so, his remarks espoused confidence in the blockchain, the computing technology that unpins digital currencies. He also indicated that organizations like the Open Society Foundation are already putting it to good use.

Soros seems to have a sharp eye for currency markets. He made his first billion by betting against the British pound in 1992. His move gave him the reputation as the “man who broke the Bank of England.” With markets down for most of 2018, it’s worth watching his investments. Maybe he will bet against conventional wisdom and win again. That would be a win for crypto enthusiasts as well.