In many ways, Reddit is a microcosm of the entire internet. 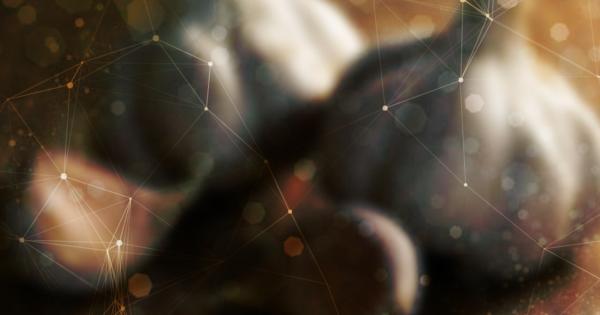 In many ways, Reddit is a microcosm of the entire internet. Each month more than 500 million visitors access the site to participate in its famed celebrity Ask Me Anything events, to share cat photos, and to create memes.

The site is divided into “subreddits” where users can engage a niche community in nearly any topic imaginable. It’s a uniquely user-centered platform because every user can “up vote” or “down vote” content that they like or dislike. The most “up voted” content rises to the top of the feeds so that Reddit sometimes feels like a democratized popularity contest.

On December 25, 2017, Digitized Orange posted on Reddit, “If this post gets 30,000 up votes, I will make a garlicoin cryptocurrency called garlicoin.” The post received more than 45 thousand up votes, and Garlicoin was born.

Of course, its name, an unsophisticated combination of “garlic” and “coin,” is an accurate indicator of the platforms humorous underpinnings.

Although their introductory document claims, “This is the coin you never thought you needed, and you probably don’t,” Garlic and its GRLC token have several compelling features.

As their website boasts, Garlicoin is a decentralized cryptocurrency with no new technology. Of course, as with most things, Garlicoin is being facetious.

It’s a branch of the Litecoin codebase, a popular digital currency with a $8.3 billion market cap. As a result, it boasts cheap, fast transactions. Moreover, only 69 million Garlicoin will ever be available.

Impressively, according to their documentation, the Garlicoin blockchain is ASIC resistant, and the platform can produce 40 second block times.

They use an open mining, Proof of Work protocol that allows anyone with a GPU to participate in the mining process.

On January 23, Garlicoin released its Airdroped GRLC tokens. When it first hit crypto markets, Garlicoin traded around $0.75. The token drew significant interest, and, within a day, it more than quadrupled in price and almost hit $4.

However, Garlicoin has steadily declined since its first day. It’s currently trading around $0.25, and it has a market cap of $535,000.

Currently, there are two ways to attain Garlicoin. GRLC tokens can be purchased directly from their owners. Reddit users have developed a Garlic Market where users can buy and sell the coins.

Investors can also purchase GRLC tokens through a number of smaller crypto exchanges, including as TradeSatoshi, CoinFalcon, and NaneX.

Garlicoin’s tone and approach make them a controversial cryptocurrency for many investors. After all, the GRLC token is unlikely to find enterprise adoption or even adoption as a digital expression of fiat currency any time soon. In other words, for now, what you see is what you get.

Even so, as currencies like Dogecoin can attest, even farcical cryptocurrencies can find success, and that’s the audience that Garlicoin is looking to attract.

Because there is an extremely low point of entry, Garlicoin is available to anyone, and its low cost makes it a compelling option for experienced crypto traders or even first-time investors.

Ultimately, Garlicoin is creating an unintimidating platform that is perfect for the newly initiated crypto investors to begin exploring the crypto ecosystem.

On February 5th, Garlicoin released a statement on Medium about online rumblings of a missing 40,000 GRLC and a rumor that they had an ASIC in their blockchain.

At some point in the pre-launch phase, Garlicoin lost control of 40,000 coins that should have been distributed during the Airdrop event. Although they initially considered a hard fork to reclaim the money, community members reject this solution, and Garlicoin has abandoned this as a reasonable solution to the theft.

In their official statement, Garlicoin wrote,

“we were naïve and didn’t consider the possibility of members of our dev team being malicious. For that, we can only apologise, and do everything we can to fix our mistake.”

Meanwhile, Garlicoin continues their efforts to trace and locate the missing coins.

In addition, the Garlic development team found the rumors that there was an ASIC on their network to be unfounded. Even so, they committed to continuing the search to ensure that this threat is not compromising their network. At least they are poking fun about it on Reddit.

When a few asic miners try to steal all of your tasty meme money.. https://t.co/8JKPrZcTNC #garlicoin $GRLC pic.twitter.com/lfXNLuxsXt

As you might expect from its origin story, Garlicoin boasts a robust Reddit community of more than 130,000 members.

Many people feel conflicted about projects like Garlicoin because they are neither overtly false nor entirely serious. In many ways, Garlicoin seems to be shirking many of the pretentious advertising gimmicks that many cryptocurrencies utilize.

For instance, when Garlicoin writes that it is the “new technology that will get you through the darkest times in your life,” users can appreciate the joke and the tacit acknowledgment that cryptocurrencies cannot solve all of our problems, and they shouldn’t pretend that they can.

However, Garlicoin does take their technology and their community seriously. When controversy erupted, they quickly addressed their community and brought clarity to the situation. Moreover, the success of Dogecoin indicates that Garlicoin just may have a place in the cryptocurrency marketplace.

Most importantly, since Garlicoin is committed to addressing scaling concerns, confidential transactions, and strong blockchain storage, the platform’s future could be very positive.

In comments to their users, Garlicoin notes,

“We intend this coin to be not only a fun and friendly introduction to cryptocurrency, but also a worthwhile coin in its own right.”

Although it doesn’t take itself too seriously, investors can, and that will determine its success going forward. For more information about Garlicoin including it’s price, market cap, technical information and links to its community, see our Garlicoin coin profile.

In closing, we’ll leave you with this accurate infographic comparing Garlic to Bitcoin from reddit user u/Vilsol.

Bitcoin VS Garlicoin from garlicoin