Mike Novogratz expects Bitcoin to continue trading between the $30k range and $50k range throughout this year. 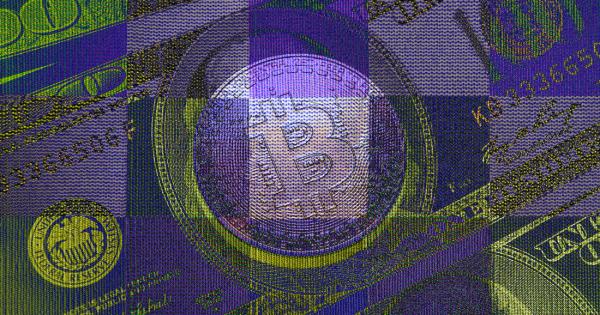 While many analysts predict that the hiked interest rate by the Feds would lead to a positive movement in the price performance of Bitcoin, a leading billionaire investor, however, disagrees with this notion.

Bitcoin would continue to trade between $30k to $50k

Michael Novogratz, the CEO of Galaxy Digital Holdings Ltd., in a recent interview, has ruled out any chance of Bitcoin breaking its record high this year. According to him, the flagship digital asset is more likely to trade between the $30k to $50k region throughout this year.

Novogratz pointed out that despite the Feds raising the interest rates, it is unlikely that investors would be willing to invest the amount of liquidity they poured into the space during the pandemic, which helped Bitcoin reach new highs.

Per his statement, with the Feds considering tightening the market in its attempts to deal with inflation, investors are also evaluating the risks. This means the probability of pumping money into Bitcoin is lower this year.

“Bitcoin is a narrative story. It’s bringing people into the community. It’s hard to bring in new people when their house is on fire.”

He continued that the ongoing war in Ukraine would also affect investors’ choices.

The ongoing war has led the stock and crypto markets into a series of unpredictable movements. The value of Bitcoin, during the early days of the war, reacted positively as it was believed that Russian oligarchs could use the asset class to evade sanctions.

However, available information shows that this is not possible due to the transparent nature of the market and other reasons.

This has led analysts who have been watching the market to conclude that long-term holders have continued to buy BTC whenever the price falls, but short-term investors sell as soon as there’s a rally in a bid to get back what they invest.

In essence, this is what has led to the narrow trading range for the past couple of weeks.

The Galaxy Digital Holdings CEO appears to be the only pro-crypto analyst who believes that Bitcoin would not be positively affected by the hiked Fed rates.

According to a recent CryptoSlate report, Elon Musk and Michael Saylor advised their followers to hedge against the rising inflation by owning assets like Bitcoin and physical things like real estate or stocks in well-regarded companies.

Apart from those two, a previous CryptoSlate report also stated that “the value of Bitcoin has been deflationary in nature” during the past decade while “consumer price index (CPI) in the country has been inflationary” within the same time frame.

This essentially shows that investors are likely to run to Bitcoin as a hedge against the rising inflation as they believe the asset would, in the long run, appreciate.