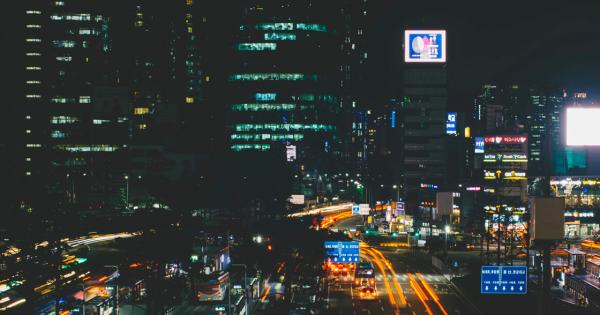 Photo by Bundo Kim on Unsplash

The largest Korean blockchain fund and accelerator of the ICON Foundation, Hashed is shaping the Korean blockchain industry through its unique approach to finding and nurturing nascent projects. Chief Business Officer, Alex Shin, shares some of his insights on the dynamics, mission, and future of the $250 million digital assets fund.

Founded just 18 months ago, Hashed gained international renown as the fund that brought ICON, a community-focused decentralized network, to market – raising nearly 150,000 ETH in its ICO.

Since then, Hashed has grown significantly from a small $600k fund pooled together by partner investments alone to a nearly quarter-billion-dollar crypto assets fund and largest holder of ICON and EOS in Korea.

Starting out as the Blockchain Partners Fund, Hashed has maintained a small team comprising of only 12 members – each with entrepreneurial or engineering backgrounds and an idealistic view on blockchain. Chief Business Officer, Alex Shin, stated:

“All the partners are entrepreneurs and engineers, and we think it’s a one time opportunity … We genuinely believe that people will someday work for protocols and not for companies.”

Hashed is an unconventional consortium of professionals, leading investment decisions not only by financial metrics but also through a start-up approach to the growth potential of blockchain projects and their implications for global industries.

The quarter-billion-dollar crypto fund has a distinct method for company structure, investment decisions, and stake – putting 100% of partners’ net worth into the fund and keeping assets only in the tokens invested in.

Shin elaborated on this unique company structure and the reasoning behind it:

As it did not want to be a typical assets fund, Hashed refrained from hiring experts in fund management or venture capitalism in order to leave room for creative investment decisions:

“What’s also unique about us from any other fund out there is we’re not really fund managers, we’re not really money guys, and I think that allows us to take risks that other hedge funds can’t do … We could have brought on some fancy, expensive VC guys … but our idea was it’s not like they know this any better than we do, and we didn’t want to get tied down with traditional ideas, which is also why we didn’t take any outside money.”

According to Shin, this deliberate company structure is what allowed Hashed to choose and accelerate projects like ICON, Medibloc (MED) and other now well-established blockchain companies based in Korea.

Keeping Korea on the Map

By recognizing an emerging enterprise for blockchain in Korea, Hashed has poised itself as a leader in long-awaited Korean innovation outside of the conglomerates that dominate the market today.

Shin explained the current state of Korean industry and the opportunity for growth:

“All we want to do at the end of the day is to think about what we can do to keep Korea on the map as the leading player in blockchain. There’s a rare opportunity for there to be a new asset class and for Korea to be in the eye of the storm … We’re depending on Samsung phones and Hyundai cars as an economic bridge, and that’s not going to last.”

With the future of blockchain still very much ahead of us, Hashed looks to introduce new players from around the world into the Korean blockchain industry in the hopes of stirring international impact:

“No one has invested in Vietnam except for us … We invest in Africa – Nigeria, Kenya – not because we think it’ll make us money but because I want to be the first fund to bring a bunch of Africans to Korea to talk about blockchain and the implications it has in Kenya, and maybe the Korean audience will learn something and stop buying Ripple.”

Shin further elaborated on the fund’s interest to invest in projects based in other Asian countries such as Singapore and China, where blockchain is very much in its growth stage of high development.

As a vanguard in the Korean blockchain industry, Hashed continues to make strides in advancing Korean enterprise and opening the nation to a new era of innovation:

“We didn’t get into acceleration for fun – it was just by default. The mission alignment was there: What can we do to keep Korea on the map?”

For more information on Hashed, check out our Hashed company profile.