EMURGO, one of the founding entities of Cardano, has announced the launch of Brandmark, a blockchain solution aimed at providing solutions for large-scale and national organizations. 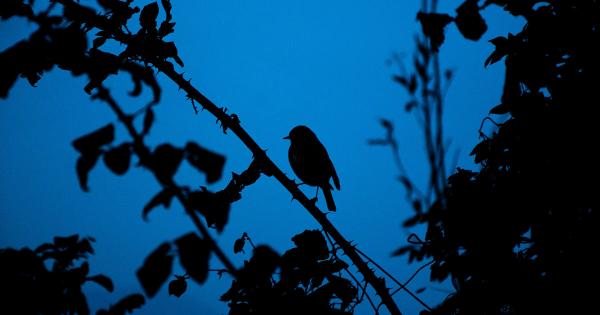 EMURGO, one of the founding entities of Cardano, has announced the launch of Brandmark, a blockchain solution aimed at providing solutions for large-scale and national organizations. Brandmark is a joint venture between EMURGO and Blackbird Ventures, an Israel-based venture capital fund that has partnered with major global brands such as Ikea, DHL, Samsung, and Tesco.

A new enterprise solution from EMURGO and Blackbird Ventures

EMURGO, has announced the launch of a new blockchain solution, this time aimed at enterprises and national organizations. In a press release shared with CryptoSlate, the company said that it has entered into a strategic partnership agreement with Blackbird Ventures to establish Brandmark.

Brandmark, the company explained, will leverage EMURGO’s tailored blockchain suite and Blackbird’s vast partner network to provide real-world blockchain-based solutions for large-scale and multinational organizations. The platform will initially utilize EMURGO’s Traceability Solution, while more enterprise solutions will be implemented in the future to meet the needs of large-scale clients, especially the supply chain industry.

When it comes to other potential clients of Brandmark, the company noted that they plan on working with larger corporates, government bodies, NGOs, and various other trusted certification providers.

“Brandmark is a holistic approach to providing value to many stakeholders – from the Cardano community to large organizations, from farmers to consumers, and others – by partnering with Blackbird Ventures which has a proven track record of success and network-building.”

While Brandmark is yet to officially launch, the platform has already established partnerships with high-profile companies and organizations. According to EMURGO’s press release, for the launch, Brandmark has reached agreements with Ahava, a multinational cosmetics company, Angel Bakery USA, a major supplier of premium pita bread for Whole Foods and the U.S. restaurant industry, and HydroShop, the largest provider of cannabis growing equipment and medical cannabis in Israel. The three companies will be Brandmark’s initial clients which will utilize its blockchain solutions to introduce full traceability and transparency.

The platform is also in cooperation with several governmental organizations and NGOs—partnerships were established with Israel’s Ministry of Science and Technology, Ministry of Agriculture, and CultivAId, an Israeli non-profit organization working with the government of Ethiopia and academic institutions to ensure food security, economic development, and technology transfer initiatives in the country.

Blackbird, on the other hand, has established numerous ventures in partnership with some of the largest brands in the world, including Ikea, DHL, Samsung, and Tesco. All of them could potentially become users of Brandmark’s solution.

Yonathan Ivgi, the CMO of DHL Express Israel, said that DHL’s partnership with Blackbird has created revenue and brought in technology and revenue for the company.