Bitcoin and the crypto market appear to have been forming a close correlation to the stock market over the past few months. 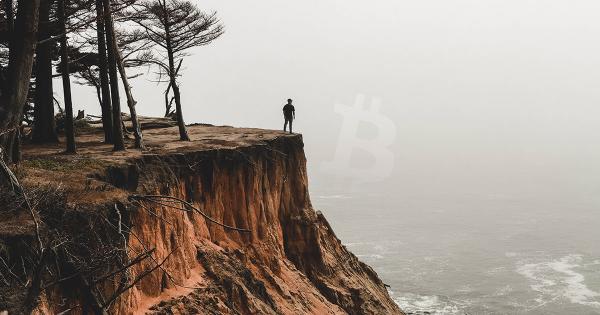 Bitcoin and the crypto market appear to have been forming a close correlation to the stock market over the past few months.

This correlation has grown incredibly strong in recent weeks, and it does appear that crypto investors are taking their cues from the traditional markets – likely with the assumption that BTC will closely trail the equity market’s movements.

Data backs this notion, as the realized correlation between Bitcoin and the S&P 500 surged since mid-May and continued climbing in June.

One economist believes that this correlation makes downside more favorable for the crypto market, with BTC potentially being bound to see a decline of between $500 and $1,000 in the coming weeks.

Bitcoin’s price action over the past few months has been lackluster.

It has been caught within a tight trading range between $9,000 and $10,000, with both its buyers and sellers being unable to shatter either of these levels.

This sideways trading has muddied the clarity that many analysts previously had regarding the strength of its uptrend. It has also caused the crypto’s trading volume to slide as many active investors move to the sidelines.

It does appear that this price action is coming about as a result of that seen in the traditional markets.

Equities have similarly been incurring some range-bound trading due to investors being unsure of just how long it will take for the economy to reach its pre-pandemic state.

According to data from analytics platform Skew, the benchmark crypto and the S&P 500 have been seeing a heightened correlation in recent times.

As seen in the above chart, this correlation became heightened in mid-May and has been growing ever since.

Economist: BTC could soon see a massive decline due to its stock market correlation

Alex Krüger – a respected crypto-focused economist – explained in a recent tweet that he believes the correlation between the crypto market and the traditional market could expose Bitcoin to some major near-term losses.

He contends that the striking correlation makes it more likely that BTC’s next $1,000 movement will be to the downside.

“Crypto has been following stocks again in the last few weeks. Charts for large caps look rather bleak. I place higher odds on a BTC 500-1000 downmove than on a 500-1000 upmove. Reduced long exposure accordingly. I’d be surprised if 9K is not run over in the following few days.”

It does remain a possibility, however, that new waves of economic stimulus from the government will help sustain that market’s recovery, thus creating a tailwind that also lifts Bitcoin higher.