Crypto lending firm Cred filed for a voluntary Chapter 11 case in the United States Bankruptcy Court for the District of Delaware to explore strategic alternatives, including, without limitation, the restructuring of its balance sheet or the sale of its business as a going concern, in a court-supervised process, it said in a release on […] 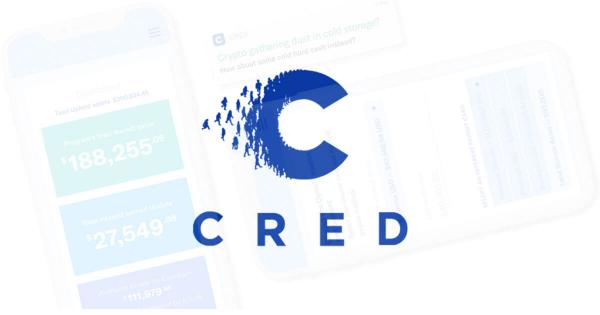 Crypto lending firm Cred filed for a voluntary Chapter 11 case in the United States Bankruptcy Court for the District of Delaware to explore strategic alternatives, including, without limitation, the restructuring of its balance sheet or the sale of its business as a going concern, in a court-supervised process, it said in a release on Saturday.

Customers want to hear updates regarding their funds, not personal info

Cred claims to serve thousands of customers in over 100 countries and will now aim to use the Chapter 11 process in its attempt to maximize the value of its platform for its creditors.

The firm has also appointed a new Independent Director to its Board, Grant Lyon, who will also serve as Chair of the Restructuring Committee for the Company during the Chapter 11 process, it said in a statement.

The curtains come down

The move came days after allegations of a multi-million fraud at Cred, which resulted in the firm ceasing all withdrawals, came to light last week, as CryptoSlate reported.

The US-based lending service was launched in 2018 to huge acclaim at the time. Cred offered a custodial solution for crypto lending, burrowing, and used its own technology to provide business and retail with credit and to allow its customers to earn a yield on more than 30 crypto and fiat currencies through its partner network.

But the firm’s since fallen on hard times. Documents show that while Cred’s total assets under management are an estimated $50-$100 million, the firm’s liabilities are above $100 million.

Last month, when developments of funds being misplaced came to light, US fintech app Uphold swiftly moved to end its relationship with the lender after it failed to receive a promising response on Cred’s situation.

We just want to know that our funds are safe. Please address this on your next update, not an announcement to the next announcement.

“We arranged a call with Cred straightaway and were not sufficiently reassured by their answers, or the clarity they were able to provide. The extent of any problem at Cred was not, and is not, clear to us,” an Uphold spokesperson told CryptoSlate at the time.

A spokesperson from Cred told CryptoSlate that the crypto service was still in the process of assessing the business impact of a fraud incident in consultation with its Counsel and specialists.

Better than a bank?

Despite the Chapter 11 filing, Cred maintains that all rumors about it being hacked were fabricated. “No Cred systems, customer accounts, or customer information have been compromised,” a spokesperson stated in an earlier mail to us.

Cred did not respond to CryptoSlate’s queries about the bankruptcy at press time.

Meanwhile, the firm continues to state on its homepage, “Thank goodness Cred is not a bank.  We can leverage the blockchain to do everything a bank does but better.”

But leveraging a blockchain won’t help Cred this time.