Once upon a time, people believed there would only be one blockchain. But one-blockchain maximalism soon proved to be a shortsighted belief. Without forking and new chains, experimentation was extremely limited and led to the creation of hundreds of blockchains adapted to fit a specific need. 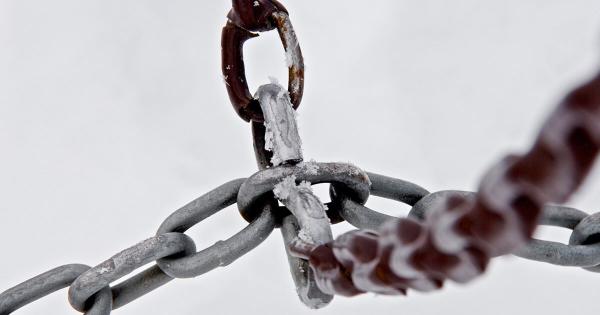 Once upon a time, people believed there would only be one blockchain. But one-blockchain maximalism soon proved to be a shortsighted belief. Without forking and new chains, experimentation was extremely limited and led to the creation of hundreds of blockchains adapted to fit a specific need.

However, for the full integration of blockchain, the chains need a way to communicate with each other without the slow, expensive and risky process of using an exchange.

The founder of Ethereum, Vitalik Buterin, wrote a “Chain Interoperability” whitepaper and remarked:

“Whereas in the first few years of the blockchain industry one may be forgiven for thinking that there would be only “one blockchain to rule them all”, in recent times such a possibility has been receding further and further from reality.”

Several high-profile projects – such as Cosmos, Wanchain, EOS, and AION – aim to be the ultimate “blockchain of blockchains” by facilitating this inter-blockchain communication.

The following is a brief technical overview of the different approaches these projects have taken to cross-communication protocols:

Cosmos is a network of blockchains built on the same Tendermint engine that can communicate with one another due to a standardized protocol. The blockchains that make up this network are called Zones.

These Zones connect to blockchains called Hubs – the coordinating blockchain that manages communication between all of the Zones that plug into it.

Hubs and Zones negate the need for each blockchain to maintain a direct connection with the other, which could be unwieldy due to the number of connections required. They also ensure that a token from another chain can be trusted as not double-spent.

In addition to allowing interconnectivity between the different Zones on the Tendermint engine, Cosmos will also allow users to interact with external blockchains through Peg-Zones.

Peg-Zones are needed if one or both of the chains have probabilistic finality (e.g. Bitcoin or Ethereum). A Peg-Zone is a blockchain that forms a bridge to track the state of an external chain.

The problem with Peg-Zones is that they need to be customized for the particular chain they bridge, such as the unique Peg-Zone for connecting Cosmos and Ethereum— Peggy.

Like Cosmos, Wanchain is an independent blockchain platform that allows transactions between a consortium of blockchains and with external blockchains. But Wanchain utilizes smart contracts that allow both data and asset transfers between Wanchain and other chains.

Wanchain uses proofs called “vouchers” to receive transaction requests from other blockchains. This request is then passed on to a “Validator Node” that deploys a smart contract representing this cross-chain transaction.

Wanchain’s weakness is that it relies on the POS consensus algorithm, which is theoretically subject to a threat of collusion attack of Validator Nodes.

For cross-chain communication, EOS uses a “proof of completeness” mechanism to validate that it received all relevant information from the other chain.

EOS achieves this by making one blockchain a “client” of the other and authenticating transactions by using the headers of blocks on the other chain.

Unlike Cosmos, AION and Wanchain, EOS only allows for communication between EOS blockchains.

AION achieves cross-chain communication via “bridges” – a protocol that enables communication between the Participating Network and Connecting Network. Consensus across bridges is achieved by “validators” whose behavior is managed by various algorithms and an incentive mechanism.

The bridge’s validators are managed by people with a stake in the Connecting Network. If two or more bridge validators within AION approve the interchain transaction, the contract will be processed. The downside is that the responsibility to create bridges lies with participating blockchains.

While it remains to be seen which cross-chain communication protocol will be the most dominant moving forward, it is worthwhile noting the numbers of protocols competing for this worthwhile segment of blockchain technology.