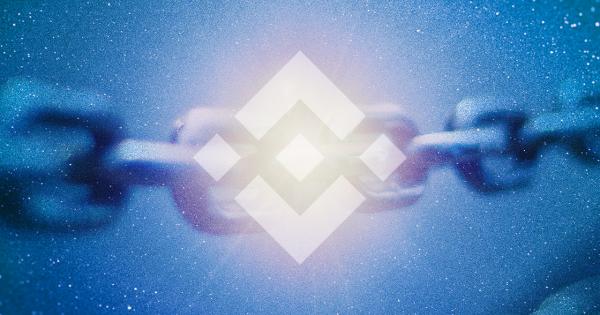 Binance has set its sights on usurping Ethereum with its new protocol blockchain. Since its launch, Binance Chain has attracted coins away from competitors, pumping the value of coins that switch. Could the “Binance Chain effect” be the new Coinbase effect?

Since its announcement in 2018, Binance Chain has been one of the most highly anticipated projects in the crypto industry. The exchange’s very own decentralized blockchain platform has now set its sights on surpassing one of the largest cryptocurrency networks in the world—Ethereum.

Binance has already attracted a slew of existing and upcoming cryptocurrency projects for switching to the new platform. Mithril was the first project to migrate to Binance Chain following its mainnet launch on Apr. 18th.

The decentralized social media platform saw its native coin MITH nearly double in value the day it launched, jumping from $0.04 to roughly $0.08 in less than 24-hours.

While MITH’s value is stabilizing, the effect of the Binance Chain launch cannot be disputed. This has led some to draw a comparison between the exchange’s new decentralized platform and past Coinbase listings.

Coinbase historically has been the most conservative of the major exchanges in terms of coin listings and represented a large percentage of the US (and global) retail markets. If a coin was listed on Coinbase, it was perceived as a stamp of legitimacy, both from a regulatory and risk standpoint. Thus, whenever a new token was listed on the exchange, its value skyrocketed.

The phenomenon was described as the “Coinbase effect.” However, Coinbase’s power over the market has diminished since its peak in 2018. Now, new listings seem to have little effect on a coin’s performance now, as was the case with Stellar’s XLM.

$XLM added to Coinbase Pro but the pump started a week ago 🤔 pic.twitter.com/tmOFb3KEpk

Restrictions placed on exchanges based in the United States have allowed Binance to establish a dominant position in the market. With the launch of Binance Chain, its dominance quickly spread and the platform has become regarded as the industry standard for crypto exchanges.

The rise and fall of exchanges. Restrictions on US-based exchanges in 2017 were a dominating factor. pic.twitter.com/4pVOq7mP3L

Red Pulse, a market intelligence platform that connects non-Chinese speaking clients with experts in China’s capital markets, recently revealed its integration with Binance Chain. Following the announcement of the migration, the company’s Red Pulse Phoenix (PHX) coin was up a staggering 42 percent.

Announcing a partnership with Binance Chain had the same effect for Enjin wallet and its ENJ coin. After announcing support for Binance Chain on Apr. 19th, the coin’s market cap rose from $132 million to $150 million in a matter of hours.

On Apr. 18th, cryptocurrency wallet Magnum also announced that it will begin supporting both the Binance Chain mainnet and the Binance DEX. The same day, Atomic Wallet (AWC) followed suit and saw its coin’s value increase fivefold—jumping from $0.03 to $0.15 in a single day.

While these are just a few examples, Binance Chain continues to have a ripple effect on the entire crypto market. Fans of Binance hope these effects prove salient while skeptics assert it cannot as the market adjusts to these announcements.

On April 19, following the highly anticipated debut of the Binance Chain mainnet, the price of Binance Coin (BNB) surged by 10 percent against the US dollar, becoming the second crypto asset (after EOS in May 2018) since 2017 to achieve an all-time high.