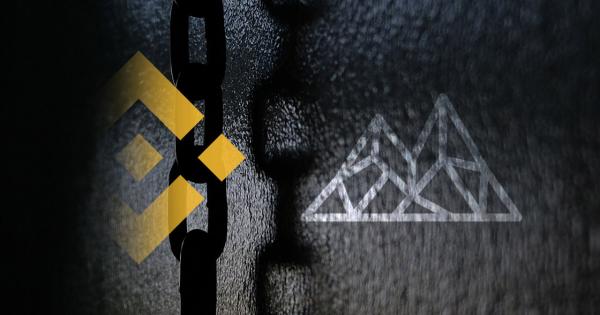 Binance Chain, a blockchain protocol developed by Binance, will see its first project launch on the network. The company announced Mithril, a decentralized social media platform, will migrate to the chain and its MITH token will transfer from ERC20 to Binance’s BEP2 standard.

Since its announcement in early 2018, Binance Chain has been one of the most highly anticipated blockchain projects to date. The exchange’s very own decentralized blockchain platform was built to maintain its position as the leader in the crypto industry.

The exchange launched the Binance Chain mainnet and the network’s first project is about to go live. According to a press release, Mithril will be the first project to migrate to Binance Chain. Mithril is a decentralized social media platform built with content creators in mind. The company built a comprehensive ecosystem that revolves around MITH, its native token, which currently trades on over two dozen exchanges.

While the company’s vision was well received, its Ethereum-based token found limited use. The company said that by migrating to Binance Chain, MITH token holders will be able to experience the “speed, security, and user-friendliness” that have become associated with Binance.

Mithril Will Test Out the “User Friendliness” of Binance Chain

The company’s native token, MITH, will begin its migration from ERC20 to BEP2 shortly after the mainnet launch of Binance Chain on Apr. 18th, the release said. Binance said that deposits and withdrawals of MITH on Binance.com will be disabled during the initial 12-hour migration period. Trading, on the other hand, will continue during this time.

When MITH finally migrates to BEP2, Binance users will be able to withdraw the coin to any BEP2 wallet, which includes the Ledger Nano S. The exchange also noted that ERC20 versions of MITH held in private ETH wallets or on other exchanges will not be impacted by the migration.

According to Mithril’s blog, the reason behind its migration to Binance Chain is the network’s usability. The company said that the security and incredible speed of one-second block times made the migration a strategic decision.

Mithril Merchant Network partners have enabled the company’s MITH token to gain real-world usage and Binance’s user-friendliness will soon become crucial to its success, Mithril said in its release.

Since the announcement, MTH surged over the last 24-hours. At 07:00 UTC on Apr. 18th, before the news broke, Mithril was trading at $0.047 per token. Within three hours of the announcement, the price surged 70 percent.