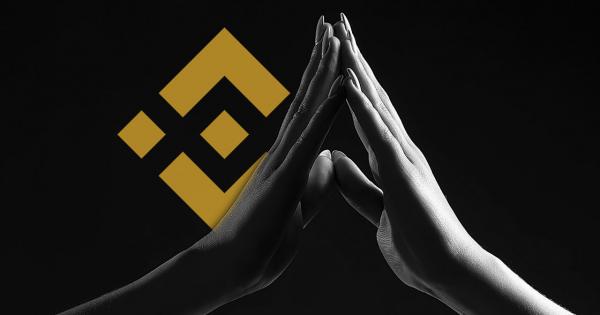 Binance has officially released its DEX testnet, a decentralized order-matching engine which will purportedly allow users to create wallets and trade cryptocurrency without trusting a centralized service. However, it also raises questions about how increased on-chain transactions will impact Bitcoin and whether Binance’s DEX really is decentralized.

The world’s largest and most popular cryptocurrency exchange has released the testnet for its long-awaited decentralized exchange. According to a press release, Binance DEX is the company’s new decentralized order-matching engine powered by the Binance Chain technology.

Binance users will be able to create a wallet and begin exchanging tokens on the Binance DEX testnet starting January 20. Changpeng Zhao, the CEO of Binance, said that the new DEX will be able to provide users a “different balance of security, freedom, and ease-of-use.” Users will now have more control of their personal assets, as all of the responsibility for storing their info and assets will allegedly move to the user when using the DEX.

According to the company’s press release, the matching on Binance DEX will happen within a decentralized network of nodes with all transactions recorded on-chain. That way, a complete, auditable ledger of activity will be created, the company explained.

“Binance Chain has near-instant transaction finality, with one second block times. This is faster than other blockchains today,” Zhao said in the release. He also noted that Binance DEX can handle the same trading volume as Binance.com.

If the Binance DEX manages to live up to expectations, then users will be able to hold their own seed words and private keys. If successful, in the future, if the exchange is hacked or Binance fails due to insolvency, all funds will still be accessible, providing a strong alternative to incidents like Quadriga.

Viktor Radchenko, the founder of Binance’s Trust Wallet, said that the company was one step closer to realizing their vision for “greater freedom of money” with the Binance DEX. However, it is unclear just how decentralized Binance’s DEX will be. The new platform will most likely have to comply with KYC protocols and will allow the company to profit from trading fees rather than distributing them to network facilitators or nodes.

Many on Reddit have pointed out that Binance can never have a “truly decentralized” exchange as long as it’s based on its own chain. Competitors such as Blocknet and Stakenet are allegedly more decentralized, leveraging Atomic and Lightning Swaps to provide transactions that are purportedly faster, cheaper, and with fewer points of failure than Binance’s DEX.

However, if Binance leverages its enormous user base and already successful platform, perhaps ‘pure’ decentralization won’t matter to the average user.