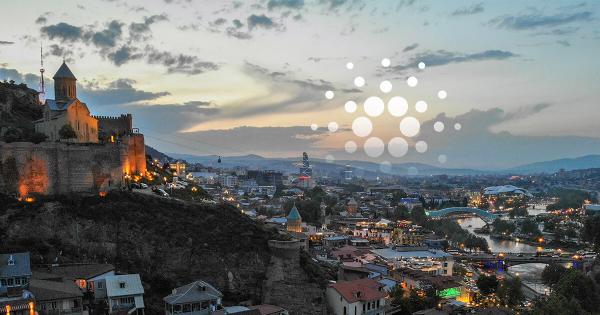 Charles Hoskinson, the CEO of IOHK and co-founder of Ethereum, signed a memorandum of understanding with the minister of education of Georgia and the Free University of Tbilisi to use Cardano and Atala for a blockchain-based credential verification system.

First MoU signed with the Minister of Education to explore using Atala and Cardano to build a next generation credential verification system for Georgia and beyond pic.twitter.com/Z9tlKpI8Mn

The MoU represents a broad outline of the agreement between IOHK and the government of Georgia and Free University of Tbilisi reached through negotiations but it is not a legally binding document. It does, however, signal the intention of all parties to move forward with a contract.

Atala is IOHK’s enterprise blockchain solution, similar to Hyperledger Fabric, with applications such as registrations and deeds, localized currencies, and supply chain catered towards governments.

Unlike Hyperledger Fabric, Atala will focus on cryptocurrency adoption according to Hoskinson. Atala may expose the Kingdom of Georgia’s 10 million people to Cardano and its Ada token.

In May, IOHK inked a similar deal with the Ethiopian government to build a payment system in Addis Ababa, the country’s capital.

The price of the Ada appears unaffected by the news. Relative to Bitcoin, ADA is down 0.23 percent over the last 24-hours.

Revision June 17, 15:00 PST: IBM is a member of the open-source Hyperledger project. Previously, the article made it appears as if IBM operated Hyperledger.

Charles Hoskinson, CEO of IOHK and founder of Cardano, announced the launch of Atala, an enterprise blockchain aimed at helping governments in developing countries build systems for voting, property registration, and supply chain, as reported by Forbes contributor Rachel Wolfson.