Charged Particles believe NFTs are much more than just JPEGs 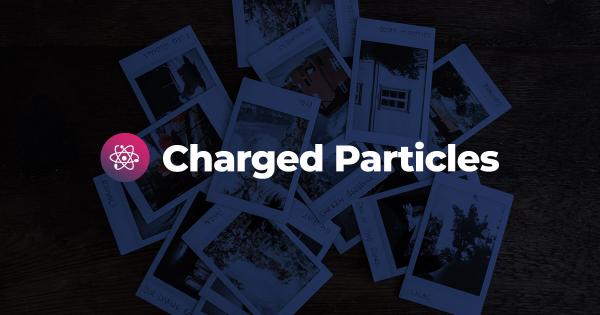 Less than a year after its main net launch, NFT protocol Charged Particles is on track to check every item on its rather ambitious roadmap. Created to enable people to “do more with their NFTs,” the protocol has already begun pushing the boundaries of what an NFT can do.

While not a new concept to those invested in the crypto industry, NFTs have only recently begun gaining traction in mainstream media. With news of pixelated JPEGs selling for tens of millions of dollars, the public has built a rather one-dimensional idea of what NFTs are.

Charged Particles, on the other hand, is everything but one-dimensional. Founded by two industry veterans, Ben Lakhoff and Rob Secord, it offers truly unique, fully programmable NFTs. While at its core still standard non-custodial ERC-721 tokens, NFTs issued through Charged Particles offer much more than just proof of ownership—they can represent a basked of other token holdings with fully configurable settings.

Its founders say their functionality is much like a traditional index fund, which holds hundreds of equities, bonds, and other products. In the case of Charged Particles, all of these products are locked in an ERC-721 token for users to own, trade, and collect.

In an interview with CryptoSlate, the company’s founders said that while they sought out to offer thoughtful ways to use the token standard, they were caught off guard by the innovations proposed by the Charged Particles community. As the protocol developed, more use-cases and mechanics kept popping up and changing the shape of the products it offered.

“The community continues to surprise us with new and ingenious ways of leveraging this nesting functionality to add layers of value and create new asset classes altogether. I think people are really starting to see that NFTs are so much more than just jpegs, visual art, and collectibles, but really a basic quality of the digital future,” said Ben Lakoff, the company’s co-founder and business lead.”

He went on to explain that NFTs add a layer of realism to various digital objects. The composability of real objects is a critical functionality we tend to take for granted in the physical world, and is certainly something that’s missing from our growing digital presence, he noted.

This basic premise is what attracted a huge user base to Charged Particles. Since its main net launch in February this year, the protocol facilitated over $3 million in NFT sales on its Art dApp. To further expand the protocol’s use cases, Charged Particles launched a proprietary governance token, $IONX. It also passed the Arcadia Group smart contracts audit, ensuring smooth operation and robust security.

Aside from its experienced development team and tight-knit community, a factor that significantly contributed to Charged Particles’ success is Polygon. The Ethereum scaling solution has quickly positioned itself as a go-to platform for NFT protocols due to its low fees and scalability. In June, Charged Particles joined a long line of protocols looking to take advantage of this infrastructure and offer its users the smoothest possible experience.

“All the amazing, innovative actions on Charged Particles—minting NFTs, depositing assets, time-locking assets, etc.—require a bit of gas to complete. On Layer-1 Ethereum, this can be quite expensive, which is unfortunate if you’re looking to create something that is low cost. Polygon allows creators to access the powers of Charged Particles without worrying about transaction costs.”

This approach has led to a wide variety of use cases for the protocol.

“There is a never-ending stream of excitement and interesting industry-changing projects we get to build and work with,” the founders said. “We saw artist Dina Brodsky use Charged Particles to create a mosaic piece with 1,000 other artists to raise money to save the life of a child with spinal muscular atrophy (SMA). We saw sports legends like Italian goalkeeper Gigi Buffon and UFC fighter Michael Chisea create unique nested NFTs with interest-bearing USDC and WBTC inside.”

One of the most interesting use-cases for Charged Particles came from Bars and Melody. The prolific R&B duo used the protocol to issue an entire generative collection. The music NFTs were composed of burnable utility tokens, which offered users access to things such as free tickets to a concert and having their name featured in a song.

“These burnable utility tokens nested inside the NFTs protect the secondary trading market in a trustless way. When someone goes to buy the NFT, they can see whether or not the burnable token inside was claimed or still exists.”

The founders pride themselves on creating an environment that allowed various communities, projects, and subsets of those communities to grow and work together. Dozens of active community members have been working alongside Charged Particles advisors and its thirteen-strong team. And hundreds more are joining every day.

“As more folks begin to understand the breadth of use-cases that this technology enables, we’re seeing more and more people building their own projects that utilize the Charged Particles protocol as a fundamental building block,” they told CryptoSlate.

To support the incoming growth, the team will be pushing Charged Particles V2 in the last few weeks of the year. This will set the tone for 2022 when the company plans on launching NFT liquidity mining using Leptons, and a public API/SDK that will allow Charged Particles to be used in a variety of different dApps.

Events, audits, and a beautiful Metaverse: DeFi NFT app Charged Particles gets off to dynamic start

Corporate America flocks to the metaverse with a combined $1T valuation

Ben Lakoff is the Co-Founder and Business Lead at Charged Particles. Learn More