Events, audits, and a beautiful Metaverse: DeFi NFT app Charged Particles gets off to dynamic start

The app, which wants users to ‘Do more with their NFTs,’ allows the creation of NFTs that represent a basket of other token holdings with fully configurable settings. 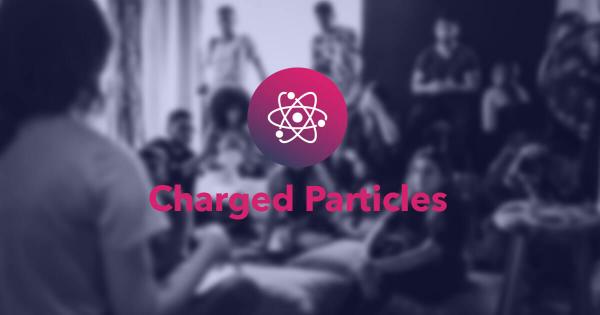 Decentralized non-fungible token (NFT) app Charged Particles can boast quite the start since it went live on earlier in June, as per new data published by the protocol in a recent update.

The app, which wants users to ‘Do more with their NFTs,’ allows the creation of NFTs that represent a basket of other token holdings with fully configurable settings. This makes for somewhat of a traditional index fund, with Charged Particle’s goal to allow its users to hold hundreds or thousands of other equities, bonds, or real-estate products, locked in an ERC71 for users to own, trade, and collect.

Its backers include the likes of DeFi builders from Aave and Synthetix. And just two months in, Charged Particles is already making big moves.

Charged Particles went live on the Polygon network—in line with being offered across various chains (and being accessible to all users)—bringing low-cost NFT creation and trading facilities to users.

“High gas costs not only stunt industry growth directly by discouraging many artists from minting NFTs and participating in liquidity mining…[as] the less experimentation there will be in creative and cutting-edge use cases that naturally arise with lower transaction fees. Polygon’s full-stack scaling solution solves this problem. With Polygon you can mint 2000–2500 NFTs for 1 MATIC,” explained Charged Particles’ marketing manager Priyanka M Khanadali in the article.

On the back of that, the protocol even launched the ambitious dApp accelerator program—providing support to projects building on the Charged Particles Protocol, including but not limited to grants, funding, partnerships, technical support, and advisory support.

The crypto community yearns for security, and the Charged Particles team wasn’t behind on that either. The protocol successfully passed The Arcadia Group Smart Contracts Audit, with the quality of code found to be “good and well managed” and the contracts “well written and structured.”

Futuristic developments were seen on the metaverse side as well. The so-called ‘Liquid Energy’ event on Polygon saw more than a thousand people come together in Cryptovoxels to view the work of Richard Dixon, as the below image shows.

Meanwhile, Charged Particles inked some partnerships as well. The first was a deal with sporting NFT provider SportsIcon for the launch of nested NFTs starring legendary Italian goalkeeper Gigi Buffon, while the one with NFTTrader saw the teams make peer-to-peer NFT trades a reality. And it’s only just been two months since launch!

This NFT protocol is going to change everything for NFTs