According to data from Google, search interest for the term ‘Bitcoin’ is currently near the lowest it has been in the past three months. 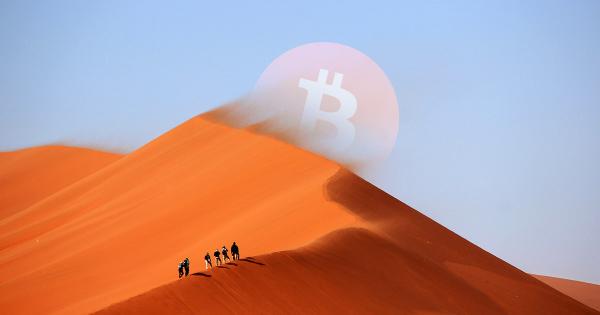 Photo by Luca Zanon on Unsplash

According to data from Google, search interest for the term ‘Bitcoin’ is currently near the lowest it has been in the past three months. The lack of interest in the world’s largest cryptocurrency seems to go hand in hand with a sharp decline in price, as the coin has dropped to a worryingly low $7,500 at press time.

The number of times people Google a term is often reflective of that term’s popularity, which is why search data is often seen as an important factor when determining the success of a project.

When it comes to Bitcoin, search interest is often used to determine how mainstream it is. As more people search for “Bitcoin,” more new money is expected to enter the market. This was especially true at the end of 2017 when Bitcoin was nearing the end of its incredible bull run.

However, as Bitcoin dropped from its all-time high of just under $20,000, so did the number of searches it got. Apart from a few upward spikes, the interest Bitcoin has got globally has been on the decline ever since.

The latest price drop Bitcoin has experienced, going from $8,200 to $7,455 in 24-hours, also seems to coincide with a drop in search interest. According to data from Google Trends, the number of searches Bitcoin got on Oct. 21 was half of what it was at the beginning of August.

Google measures the interest a search term gets over time relative to the highest point on the chart, with the value of 100 being the peak popularity for the term. According to the data, in the past three months, Bitcoin reached peaked popularity on Aug. 5 but has been half as popular in the past couple of days.

The U.S. couldn’t care less about crypto, while Africa gets on the crypto bandwagon

However indicative of the overall status worldwide searches are, zooming in on particular countries paints a more realistic picture of the crypto market.

Google data showed that most searches for Bitcoin in the past few days came from Nigeria, followed by South Africa and Ghana.

The U.S., which has long been considered the hub for everything crypto-related, fell behind on the list, with Google showing the interest in Bitcoin dropped to a low 23 on the scale.

Looking at the data on a 5-year chart shows that the interest in Bitcoin has touched its May 2017 levels and is in danger of dropping even lower.

Zooming in on the past 90 days shows that interest in Bitcoin has been on a downward spiral since July.

While it’s hard to say whether it’s the lack of interest that caused Bitcoin’s price to drop, or the declining number of searches came after a price dip, the two metrics seem to be correlated. We are yet to see how this plays out and whether the burst of volatility Bitcoin saw affects its ratings even further.