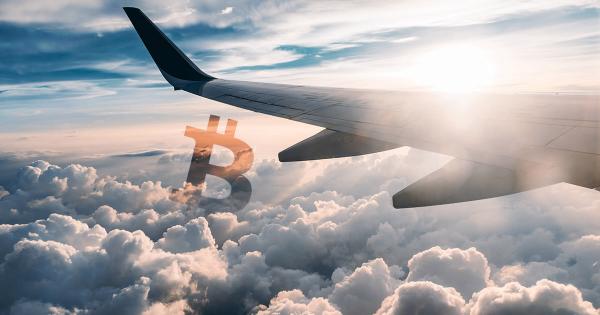 The latest push higher has allowed BTC to reclaim its position within a key logarithmic growth scale that it had previously dropped below, with this opening the gates for it to see significant further upside.

This comes as data shows that the cryptocurrency’s recent uptrend was driven primarily by retail investors, a sign that it may prove to be highly sustainable.

Retail buyers step up and propel Bitcoin past $9,000 as bullishness grows

One trend to be aware of that could bolster the crypto’s price action in the near-term is that its recent uptrend has been driven primarily by spot buying pressure.

This is in stark contrast to previous uptrends that have been driven by traders employing high leverage to open long positions, with the cryptocurrency reeling lower once these positions are closed.

Mohit Sorout – a partner at Bitazu Capital – explained in a recent tweet that the decline seen in Bitcoin’s open interest on platforms like BitMEX shows that margin traders are largely fleeing the market.

This latest leg up has allowed the benchmark crypto to move back into a long-established logarithmic growth curve.

The median of this curve sits at $23,000, which means that this could be the level that Bitcoin’s bulls will target next.

Josh Olszewicz pointed to BTC’s recapturing of this level in a recent tweet, offering a chart showing that the median of this curve rests at $23,000 while its upper boundary sits at just under $100,000.

The combination of recapturing this key range coupled with the potential sustainability of this rally seems to suggest that the crypto could be poised for a notable upside in the weeks and months ahead.

The crypto market has been subjected to immense volatility throughout 2020, with Bitcoin plummeting to lows of $3,800 in mid-March before incurring an intense rebound that has since led it all the way up to highs of $9,500. 3 min read

Ahead of Bitcoin’s upcoming halving on May 12, the cryptocurrency market is seeing a resurgence of sorts as most digital assets returned over 50 percent to investors through April. 2 min read

Despite the roaring recovery in the S&P 500 (and Bitcoin for that matter), many facets of the global economy remain in recession, with dozens of millions unemployed, consumer spending down, and a global supply chain that has come to a screeching halt. 2 min read