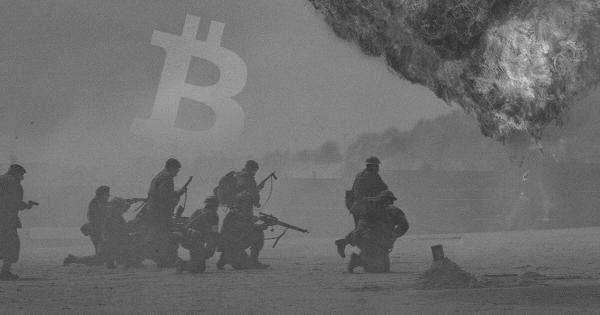 The Bitcoin price has increased by more than eight percent from Jan. 3, within a three-day span. Many analysts have attributed the short-term gain to the crisis in the Middle East, but it is likely far-stretched.

Prior to the large upside movement last Friday, technical analysts like DonAlt said that a spike in volatility is imminent due to the price trend of bitcoin.

Hence, even before the assassination of Iranian general Qasem Soleimani, Bitcoin was already positioning for a rally.

Almost immediately after the death of Soleimani was confirmed by the mainstream media, the prices of oil and gold surged. The price of oil spiked because Iran is a major supplier of oil, and the gold price thrived as it is generally considered to be a safe haven asset by investors.

However, to identify the latest upside movement of Bitcoin as a reaction of investors to instability in the Middle East is not so realistic.

Compared to gold’s $8 trillion, the market capitalization of Bitcoin stands at $136 billion. It is too small in size and volatile to appeal to the broader base of investors as a proper safe-haven asset.

Holders of Bitcoin anticipate the dominant cryptocurrency to eventually evolve into a safe haven asset in the long-term. But, for it to happen, it would have to first grow exponentially, stabilize, and show a lower level of volatility.

Currently, as an emerging asset, Bitcoin has not shown signs of dependence on other markets or assets. It moves based on how the exchange market moves and it is often unaffected by macro happenings.

The bullish trend for BTC

Regardless, the current trend of bitcoin is bullish and technical analysts anticipate a larger move in the upcoming days.

Traders have described the recent price action of bitcoin as an inverse head and shoulders pattern.

“People are gonna call inverse head and shoulders on this one. That makes me think we go and test the neckline (upper red line). Once there I think we either fake-breakout and dump back down or breakout for real which will lead to a short-squeeze. I remain bullish,” said DonAlt.

In trading, an inverse head and shoulders pattern normally forms when an asset is showing a bottom-like structure.

During an IHS formation, the price of an asset dips to a new low, prints a short-term bottom, and gradually recovers over an extended time frame. Following Bitcoin’s recovery above a heavy resistance level at $7,400, higher resistance levels are found at $7,800, $8,200, and $8,400.

After dropping to as low as $6,410 across major cryptocurrency trading platforms, traders expect a swift relief rally to follow. Momentum oscillators also indicate that despite the eight percent move in the past several days, it has more room to increase.

According to the latest Coin Metrics report, 2019 has been a record-breaking year when it comes to crypto adoption.

Due to the fact that it is an illiquid asset, Bitcoin’s day-to-day price movements are unpredictable.

Bitcoin has wound up as 2019’s top-performing commodity despite its exclusion from the majority of commodities market wrap-up reports.