Bitcoin is slow, impractical, and eco-unfriendly, says Bank of America

A research report compiled by one of Bank of America's analysts claims that there is "no good reason to own Bitcoin." 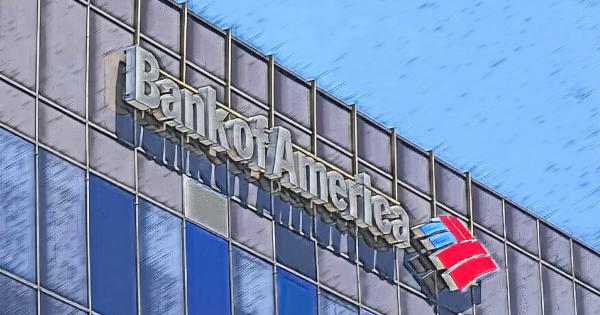 Bitcoin (BTC) is “exceptionally volatile,” “impractical,” and extremely harmful to the ecosystem, said Bank of America’s (BofA) analyst in a research report cited by TheStreet today.

Titled “Bitcoin’s Dirty Little Secrets,” the report stated that there is “no good reason to own Bitcoin unless you see prices going up.” And the prices mainly go up when big companies gobble up large amounts of Bitcoin. Because while the crypto’s supply and emission rate are fixed, the demand for it can fluctuate, creating massive ripples on the market.

“Bitcoin has also become correlated to risk assets, it is not tied to inflation, and remains exceptionally volatile, making it impractical as a store of wealth or payments mechanism,” the report said.

Indeed, over the past few months, large institutional companies such as Tesla, Square, MicroStrategy, Grayscale, and others have been buying billions of dollars worth of Bitcoin. These purchases, according to the analyst, became the main driving force behind Bitcoin’s ongoing price rally.

“As such, the main portfolio argument for holding Bitcoin is not diversification, stable returns, or inflation protection, but rather sheer price appreciation, a factor that depends on Bitcoin demand outpacing supply,” the report added.

The analyst also asserted that net inflows of around $93 million are enough to drive Bitcoin’s price 1% up. In comparison, it requires $1.86 billion to similarly move the price of gold.

Apart from the price volatility, Bitcoin is also extremely harmful in terms of its impact on the ecosystem, the analyst argued. According to him, validation of Bitcoin transactions results in the same amounts of CO2 emissions as those of Greece—around 60 tons.

“Plus a $1 billion fresh inflow into Bitcoin may cause CO2 to rise by the equivalent of 1.2mn ICE cars,” the report noted, adding, “As hash power today is mostly in coal-fired Xinjiang, a link between prices, energy demand & CO2 means Bitcoin is tied to Chinese coal. Should prices rise to $1 million, Bitcoin may turn into the world’s 5th largest emitter, surpassing Japan.”

Bitcoin’s complex infrastructure and high environmental impact also result in slow transaction speeds, the analyst added. While the blockchain is capable of validating only 14,000 transactions per hour, Visa, for example, can process over 236 million.

Finally, Bitcoin is a heavily concentrated asset since 95% of currently existing coins are held by just 2.4% of BTC addresses, said the report.

“In our view, the fact that such a small percentage of Bitcoin accounts hold most of the BTC in circulation makes this instrument impractical as a payments mechanism or even as an investment vehicle. It can also create social and governance issues,” the analyst concluded.

As CryptoSlate reported, London School of Economics teacher Jon Danielsson has also recently argued that Bitcoin and fiat currency cannot co-exist and the concept of BTC as money makes no sense.