With a hard fork scheduled for May 15th, the price of Bitcoin Cash has increased 82% in the past month, bringing its total market cap to over $25 billion. 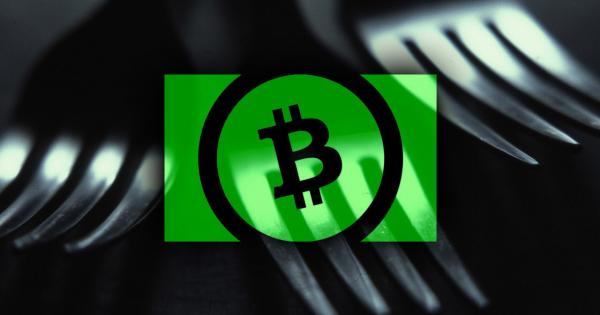 With a hard fork scheduled for May 15th, the price of Bitcoin Cash has increased 82% in the past month, bringing its total market cap to over $25 billion. This jump has BCH closing in on Ripple’s third-place spot on the coin rankings.

However, the climb has not been without conflict – Bitcoin.com, owned by Roger Ver, was almost the target of a lawsuit.

The almost-lawsuit stems from the controversy between Bitcoin and Bitcoin Cash.

In the middle of 2017, some developers were not content with the implementation of the Segregated Witness (SegWit). SegWit was implemented to increase the number of transactions per second the network was capable of processing, but many developers believed that raising the block size limit was the superior solution.

These developers hard forked Bitcoin on August 1st, 2017. They created Bitcoin Cash, which was similar to Bitcoin but has a max block size of 8 MB, to increase transaction speeds. Since then, Bitcoin and Bitcoin Cash have been locked in a war for supremacy.

Roger Ver, a major proponent of Bitcoin cash, is the owner of the website Bitcoin.com.

However, his site has been continually hit with criticism for being misleading. Many viewers believe his website is designed to confuse cryptocurrency novices into buying Bitcoin Cash instead of Bitcoin.

Recently, Bitcoin.com changed their block explorer page to refer to Bitcoin Cash (BCH) as Bitcoin, and Bitcoin (BTC) as Bitcoin Core. This angered many users, some to the point of action. Believing this change constituted fraud, and could cause unwitting users to lose Bitcoin by sending it to Bitcoin Cash wallets, funding for a lawsuit commenced.

Led by Twitter user @moneytrigz, a website was created and began accepting Bitcoin donations for a lawsuit against Bitcoin.com. Following this, Bitcoin.com soon changed their block explorer page, referring to BCH as Bitcoin Cash, and BTC as Bitcoin Core.

I retract my statement calling the lawsuit stupid. I just found out that Roger has changed the website back to listing bcash as "Bitcoin Cash (BCH)" instead of just Bitcoin. So for that, the lawsuit has already done some good. So carry on!

Soon after though, the lawsuit was canceled due to a lack of funding, and the donators were refunded. Many users still considered it a victory though, because Bitcoin.com was pressured to change their website.

We appreciate the 31 people that donated to the initiative
But $3700 wont be enough to do much, so we decided to cancel the initiative and refund the 31 transactions (total 0.39btc)
im happy were able to atleast get bitcoincom make 90% changes on its fraude and dis-information pic.twitter.com/EixrrqffD5

Sometime during the lawsuit fundraising, the cryptocurrency price tracking website CoinMarketCap removed the website link to Bitcoin.com from its Bitcoin page. There was no official announcement,  but the website was presumably removed due to the allegations of fraud.

With the threat of a lawsuit quelled, Bitcoin Cash has been performing admirably. One of the reasons for the recent price growth may be Bitcoin Cash’s upcoming hard fork on May 15th.

While the BCH fork is a hard fork, it is not like most others where two new currencies are created. In this fork, the value of the old blockchain will be canceled. This will cause the fork to function similarly to a soft fork, which only involves a software upgrade.

The most significant change in this fork is the quadrupling of block sizes from 8 megabytes to 32 megabytes. This change will improve Bitcoin Cash’s viability as a currency by further increasing the number of transactions that can be fit on each block.

The fork will also reactivate some pieces of the original bitcoin code that have not been in use for many years. Among these pieces of code is an opcode known as ‘OP_GROUP.’ This code could be used to create tokens on the BCH network.

“The upcoming hard fork with 32MB block size will allow Bitcoin Cash to gain massive user adoption by removing a bottleneck affecting other blockchains that can give users faster transactions at lower costs. The OpCodes will allow developers to create tokens that can represent any virtual or physical asset and leverage the power of smart contracts to automate basic financial processes on top of BCH.”

Another important opcode being added is ‘OP_RETURN’. This code allows users to store additional data on the blockchain. This code could lay the groundwork for Bitcoin Cash smart contracts.

While these codes could expand the scope of Bitcoin Cash significantly, and grant it functions similar to Ethereum smart contracts and ERC20 tokens, it is not guaranteed.

With the hard fork only days away, Bitcoin Cash is performing well. If the hard-fork goes well, transaction speeds and usability will improve significantly. The additions of opcodes could also massively expand the functionality of the Bitcoin Cash network.