Charlie Lee is an experienced software engineer responsible for creating Litecoin, an alternative cryptocurrency to Bitcoin. 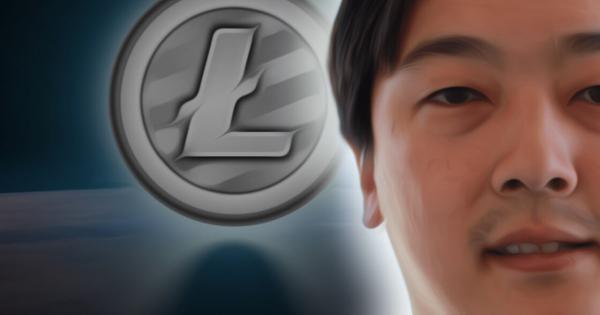 Charlie Lee is an experienced software engineer responsible for creating Litecoin, an alternative cryptocurrency to Bitcoin.

Well-known mostly for his Litecoin origins, Lee previously worked on various projects at Google, including Google Play Games, Chrome OS, and YouTube. Even if you do not own any cryptocurrency yet, you have probably already benefitted from Lee’s work.

Lee has an international story behind him, having been born in the Ivory Coast after his parents emigrated to Africa from Shanghai in the 1960’s.

His move to the United States, at 13 years old, enabled the start to his impressive career that allowed him to move from computer scientist to shaping the future.

The MIT electrical engineering and computer science masters graduate came up with Litecoin in 2011 after Bitcoin intrigued him. During this time its main use was on the infamous Silk Road black market. Having spent time buying and mining Bitcoin he realised there were few other quality altcoins.

Various reasons meant users, including Lee, were unhappy with other altcoins as pre-mining, poor development and scams littered the market. His method for the currency creation was to make it fair with strong marketing, concentrating on benefitting the currency users rather than get rich quick like other coin developers at the time.

“I fell in love with Bitcoin, seeing it as really good money, better than gold.” Lee tells the International Business Times.

At this point, he still worked as a software engineer at Google and used his expertise combined with a love for Bitcoin to create Litecoin.

Soon he moved to Coinbase becoming their Director of Engineering allowing him to work on Bitcoin whilst still developing his own cryptocurrency. Working at Coinbase provided him with the ideal network to build relationships and prowess whilst also attempting to usher in a speculative Litecoin to the wider market.

In the summer of 2017 during a breakout year for cryptocurrencies, when Bitcoin soared to $5000 for the first time, Lee left Coinbase to focus solely on Litecoin. Incredible to think that he brought Litecoin to be the 3rd largest cryptocurrency whilst working on the project in his spare time.

There had been serious worries about the life of the currency with large drop offs and stagnation. This may well be down to the fact that there was not enough manpower working on the project. Things have changed in recent times including the Litecoin Foundation’s formation. Headed by Lee, it was set up in Singapore during 2017 and works as a non-profit organisation to provide support for Litecoin developers.

This became a significant year for him as technological upgrades were introduced to coincide with markets growing exponentially, admitting that for Litecoin to succeed Bitcoin must succeed. The renewed energy in his currency was certainly vindicated as it jumped to over $60 with a market cap of over $3 billion.

His love for Bitcoin and development of Litecoin has even led people to speculate the Charlie Lee could be the mystical Satoshi Nakamoto who pioneered the industry. Lee finds this amusing, categorically stating he is not Satoshi with his @SatoshiLite Twitter handle.

Before this gets too out of hand… No, I'm definitely not Satoshi Nakamoto. ? https://t.co/8Faywxm6vF

Operating out of San Francisco, the industry considers Lee a trustworthy thought leader in the blockchain development. Satoshi or not, there are very few people that can predict and profoundly affect the future of next-generation cryptocurrency and blockchain but Charlie is one.

Litecoin is very similar to Bitcoin in most ways and is effectively a fork of the original currency and blockchain. Lee made some small but very important changes to the code. The big difference is that he reduced the block completion time to 2.5 minutes compared to Bitcoins 10 minutes along with scrypt proof of work that does not compete directly with Bitcoin mining. A floor he finds with many other altcoins that affect their mining consistency and stability.

Lee provides a very clear message for Litecoin, stating repeatedly that it is designed to compliment Bitcoin in the future. The changes Lee made makes it a more viable option for small fast transactions in day to day life. Litecoin is to Bitcoin as silver is to gold. Meaning in years to come we could be buying our coffee in Litecoin but larger transactions, such as buying a house, using Bitcoin. As the number of transactions increases Bitcoin is likely to become slower and more expensive than Litecoin. This makes Litecoin is a more affordable useable coin in the long run.

Charlie Lee and the future

For Charlie, the future of cryptocurrencies lies with Litecoin and Bitcoin working together not only to provide different transaction options but to seamlessly transfer between the two.

He will be the first to tell you that it is a slow road to tread with plenty more work to be done before we see blockchain transactions completed by the masses.

There are constant developments to all areas of the industry including the testing and introduction of Lightning Network. For now, Litecoin remains a favourite altcoin that developers can use to experiment with before moving to Bitcoin.

Charlie Lee continues to drive his passion stronger than ever and never turns his back on difficult barriers or conversations surrounding the industry. He keeps his feet on the ground despite aiming for the moon urging the digital world to have some patience.

There is still more than a linger of scepticism from many critics as to whether cryptocurrencies will flourish but there is no doubt in Lee’s mind saying that it is not a question of if, it is more a question of when.