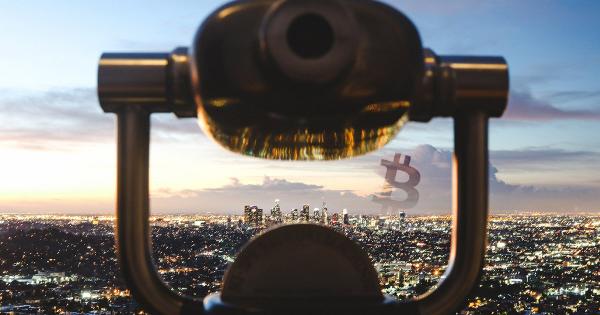 Bitcoin (BTC) has had a volatile past couple of days, with bears orchestrating a violent sell-off that sent it as low as $6,400 before buyers stepped up and catalyzed a major relief rally that sent the crypto back up to the $7,000 region.

This rally has lost its momentum today, as BTC is currently inching back towards its key support level at $7,000. In spite of this, analysts are noting that the current price levels could be prime opportunities to enter fresh long positions, as the crypto could be poised for significantly further near-term upside.

Bitcoin Dips Towards $7,000, But Traders Are Looking to Go Long

At the time of writing, Bitcoin is trading down just over 1 percent at its current price of $7,170, which marks a notable retrace from its recent highs of $7,600 that was set at the peak of yesterday’s rally.

This rally, which at its height allowed Bitcoin to post over $1,000 worth of gains from its recent lows, is proving to be somewhat weak due to the lack of sustained momentum, but this hasn’t fazed bullish traders and analysts.

Big Chonis, a popular cryptocurrency analyst on Twitter, explained in a recent tweet that he would much rather be looking to enter fresh long positions at BTC’s current price levels than to short it, signaling that he anticipates it to see further upside in the near-term.

“Bitcoin – looking for a long rather than a short rt now… #bitcoin,” he noted while pointing to the candle chart seen below.

BTC’s Technical Strength is Shaping Up

The Cryptomist, another popular cryptocurrency analyst on Twitter, corroborated Big Chonis’ bullish assessment of Bitcoin in a tweet, explaining that there are currently multiple technical indicators that point to the possibility that significantly further gains are imminent.

“$BTC: 1D Heikin Ashi suggest trend change (uptrend) – 4hr Ichi cloud, close to a buy signal as potential crossover under cloud in play – Could this 1hr Ascending triangle that should break within 6 hours wake up the bulls? Tick Tock,” she said.

How Bitcoin responds to a potential test of its support at $7,000 in the near-term could provide significant insight into whether or not it ends 2019 on a bullish note, or if the recent downtrend extends into 2020.

Despite the high levels of volatility seen yesterday, Bitcoin stabilized around $7,200.

A massive drop in open interest on the CME and Bakkt Bitcoin futures contracts indicates short-covering has fueled BTC’s latest rally, likely egged on by the expiry of Bakkt’s December contract.