It’s been a whirlwind of a year for Bitcoin, with the cryptocurrency incurring a significant amount of bullish momentum in the early part of January when buyers pushed BTC’s price from lows of $6,800 all the way to highs of just under $10,000. 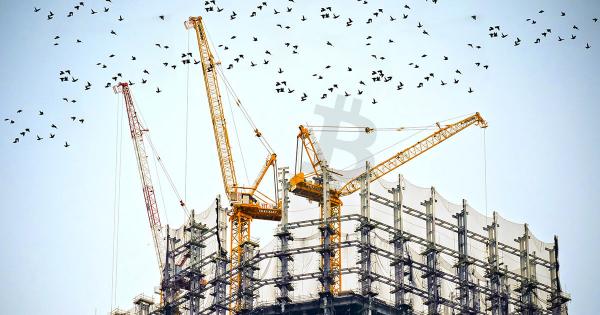 It’s been a whirlwind of a year for Bitcoin, with the cryptocurrency incurring a significant amount of bullish momentum in the early part of January when buyers pushed BTC’s price from lows of $6,800 all the way to highs of just under $10,000.

It does appear that bulls are beginning to get a bit cocky, however, and this may be just what bears need to spark the next notable selloff.

One prominent cryptocurrency analyst is now noting that long positions that are late to the party may soon be punished, as a multitude of different factors seems to suggest that there could soon be a major long squeeze that leads to some significant short-term downside.

Bitcoin continues pushing towards $10,000 as bulls maintain control over the crypto

At the time of writing, Bitcoin is trading up just under two percent at its current price of $9,770, which marks a massive climb from daily lows of roughly $9,300 that were set yesterday.

Bitcoin is now just a stone’s throw away from breaching into the highly coveted five-figure price region, which remains an important psychological price level. BTC’s reaction to this level could offer valuable insight into just how fundamentally significant the 2020 rally has truly been.

Cantering Clark, a prominent cryptocurrency analyst, explained that he believes the crypto’s buyers may be greatly overleveraged at the moment, which is elucidated while looking at the crypto’s funding rate, open interest, and futs premium.

“I think the market is likely due to punish late longs soon. Market is likely very long right now, as it should be, with the trend. OI very high (with trend though). Futs premium +400. 25D Skew chart -> Sentiment – ST & LT very confident.”

How far reaching could this next BTC selloff be?

As for how significant this long squeeze will be, Clark further goes on to explain that he believes Bitcoin will essentially “fall under its own weight,” leading to a $700 to $1,000 move that creates a significant amount of liquidations.

“It’s not like anyone is getting very aggressive lately. We haven’t seen any major divergences in delta overall toward this recent high. If anything, I suspect a roll over / fall under own weight i.e. Cascade of stops and liquidations. A nice 700 – 1k move.”

If this type of movement does occur, it is highly probable that it will be catalyzed by a sharp upward movement that leads to an intense rejection.

Why some traders are predicting Bitcoin will revisit $8,450 in the near-term