Since July 2019, the amount of Bitcoin deposits on cryptocurrency exchanges has significantly declined. 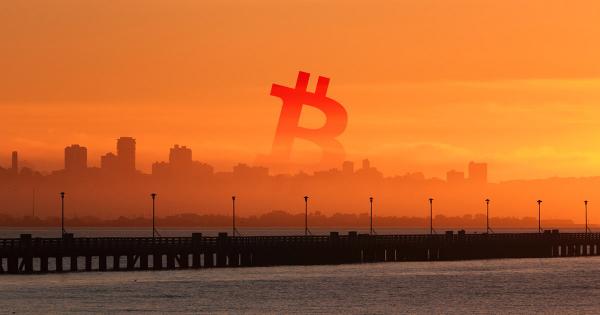 Since July 2019, the amount of Bitcoin deposits on cryptocurrency exchanges has significantly declined. It shows that investors are holding onto BTC rather than selling them on trading platforms.

The net inflow of Bitcoin onto exchanges is typically an accurate indicator of the sentiment around the market. During a downtrend, investors add to the selling pressure by moving their funds to exchanges and selling Bitcoin. During an upsurge, investors tend to withdraw funds on exchanges to move to non-custodial wallets.

Bitcoin deposits dropped by half from July 2019 to January 2020

According to data from Glassnode, the number of deposits started to fall as the bitcoin price reached its yearly high at around $14,000.

$BTC exchange deposits continue to decline as investors have fewer incentives to sell.

During last summer's rally, we saw highs of over 60k unique daily deposits – likely investors taking profit. Since then this has decreased by nearly 60%, down to 25k.https://t.co/v3VdHPFzy2 pic.twitter.com/5zoRwnkVPP

The fall in deposits and the increase in price are attributable to the upcoming block reward halving in May 2020. Often, it is the miners that apply selling pressure in the market by selling BTC to cover operational costs.

Many miners do it through over-the-counter (OTC) markets but small miners use exchanges to sell minor amounts of bitcoin.

The noticeable drop in deposits indicates that both retail investors and miners are seemingly reluctant towards selling BTC in the short to medium term, anticipating the halving to have an actual impact on price.

Data from Glassnode indicates that investors generally agree that there is less incentive to sell BTC in the current landscape.

What do traders expect in BTC?

In the short-term, many technical analysts are exploring the possibility of a pullback at the $9,500 level.

Throughout the last two years, $9,500 has acted as a multi-year resistance level and it is unlikely that BTC climbs above it with ease without a firm reaction from sellers.

Following a near 50 percent rally since December 2019, investors are becoming slightly cautious about the short-term trend of the bitcoin price. Particularly, how BTC would react to the retest of $9,500.

“Has anyone preemptively started screaming about a local head and shoulders yet? I’m not going to be the first, because it’s a meme unless that right shoulder forms and breaks down on strong volume.”

A pullback after an extensive rally would be more likely than a break out over a strong resistance level that has kept intact for most of the time since 2018.

Coinbase going offline leads to insane Bitcoin volatility; here’s what could happen next