In June, when Bitcoin was soaring above $10,000, nearly every trader and their mother expected the cryptocurrency to continue rocketing higher. 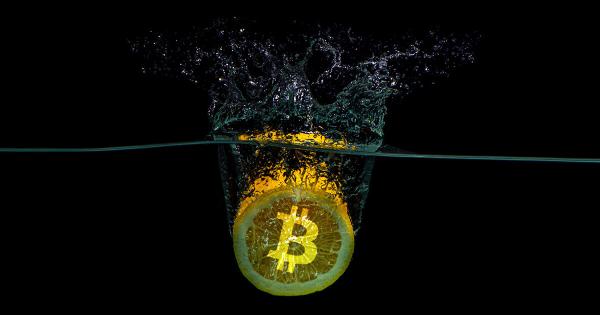 In June, when Bitcoin was soaring above $10,000, nearly every trader and their mother expected the cryptocurrency to continue rocketing higher. Indeed, at the time, the asset was poised to take on its previous all-time high while emotions were riding high — a perfect combination for the price to go vertical.

Though, one analyst incessantly called for rationality to return to the crypto markets, claiming that this surge above $10,000 was a clear overextension of BTC’s long-term growth curve. He went as far as to say that Bitcoin was poised to return to $6,700. Of course, the analyst was laughed at, calling the prediction “irrational” and “FUD.”

On Nov. 22, however, the analyst, “Dave the Wave,” was proven right; for on this date, Bitcoin fell from $8,000 to $6,700, validating a call he made over five months earlier, which he stuck by despite the now-infamous 42 percent surge seen late last month.

Here’s where Dave expects Bitcoin to head next.

According to a recent Twitter thread from the analyst, Bitcoin is likely to enter a phase of consolidation after tapping and cleanly bouncing off the $6,700 level. 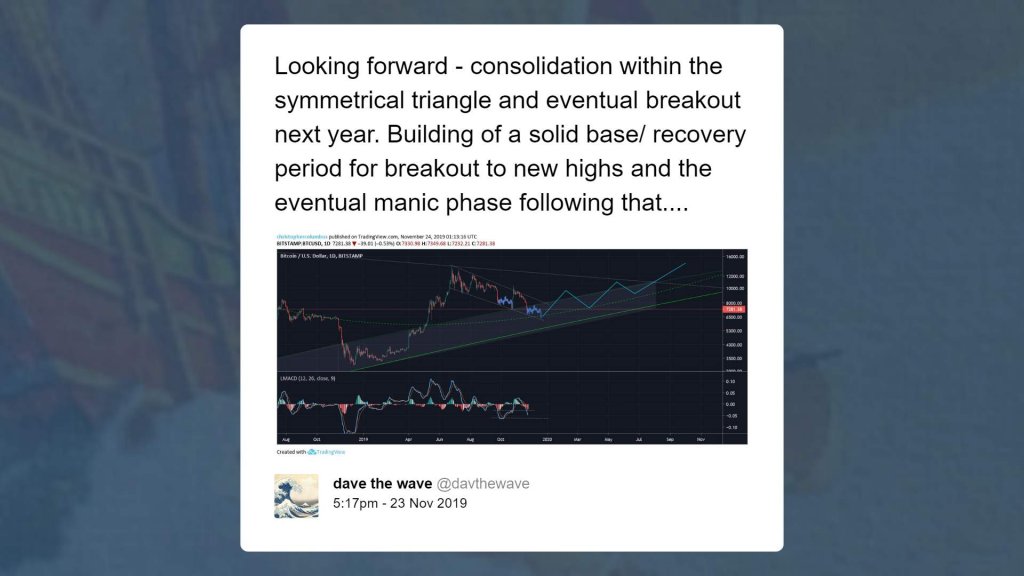 The chart he posted, seen above, implies the cryptocurrency will undergo effectively flat price action into mid-December,  then will break out towards $10,000 as the year—and the decade—ends. Dave elaborated:

“Looking forward – consolidation within the symmetrical triangle and eventual breakout next year. Building of a solid base/ recovery period for breakout to new highs.”

As to why he is expecting for Bitcoin’s bleeding to stop at $6,700, Dave looked to a confluence of factors:

Can the market drop more?

Although Dave strongly believes the bottom of the bear trend was put in at $6,700, other analysts are open to the possibility that the market will drop further from here, despite the bullish confluence mentioned above.

One such bear is Mark Dow, an American hedge fund manager that shorted the $20,000 top seen in December 2017 and covered the $3,200 bottom—not a feat to sneeze at, that’s for sure.

Dow said in a recent tweet that he expects for Bitcoin to “die a grinding death, punctuated by spoofs and FOMO spasms.”

Bitcoin has been caught in the throes of a volatile trading session over the past several weeks, which has resulted in it erasing virtually all of the gains that were incurred during the late-October pump and has opened the gates to potentially further near-term losses. 2 min read

Over $20 billion have been wiped off Bitcoin’s market cap in the last few days. 5 min read