What is pro-BTC and is it good for Bitcoin and crypto adoption? Nick Chong · 3 years ago · 3 min read
News › Bitcoin › Culture

The Bitcoin community — like many other online communities—is more often than not infatuated with memes and witty terms. 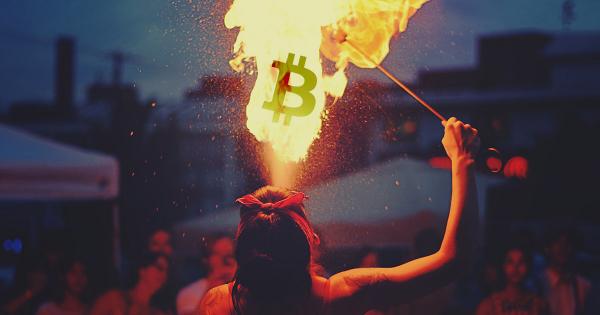 The Bitcoin community — like many other online communities—is more often than not infatuated with memes and witty terms. “HODL,” “6.15 BTC,” and “The Halving Is Priced In” are likely some you’ve heard of — they appear on cryptocurrency-related social feeds time and time again, often in digital content as a punchline or to push a certain narrative.

The latest of these memes is “Pro-BTC.” Although this new term may seem as straightforward as HODL — effectively a joke term summarizing the never-sell investment ‘strategy’ of most BTC holders — pro-BTC isn’t exactly that way.

The premise of this new site, for those that missed the memo, is to become a “new general-interest journal for the crypto community” focused on catalyzing the adoption of Bitcoin-related technologies through content from some of the industry’s most prominent individuals.

While seemingly innocuous, the website quickly incurred a vast amount of backlash from Bitcoin maximalists—also known as Bitcoiners — due to a policy tucked away on Nakamoto.com’s “About” page: we will only accept contributions from those that are “pro-Bitcoin (BTC) for the long-term.”

The Bitcoiners were angry because a number of contributors listed on the site — including names like Bitcoin Cash supporter Roger Ver and EOS co-founder Dan Larimer — have seemingly expressed anti-BTC sentiment in this past.

This discontinuity between the face-value meaning of the term pro-Bitcoin and the contributors claiming to be pro-Bitcoin quickly sparked a massive debate on Twitter, leaving many asking, “who can claim to be pro-BTC?”

Srinivasan himself was quick to weigh in about who can claim to be pro-BTC.

He wrote in a tweet that there are two primary approaches to determine if one is pro-BTC: 1) if the community says you are pro-BTC, then that’s what you are; and 2) if you hold Bitcoin for the long term (say, a decade), then you’re pro-BTC.

Interesting thread. How do you determine who’s pro-BTC?

One approach is democracy, one-account-one-vote. Has its merits, but is subjective and easy to sybil.

The alternative is capitalism: do you hold BTC for the long term? Has its demerits, but is objective and harder to game. https://t.co/IsOYEdMMtk

Adam Back, the founder of Bitcoin development company Blockstream and the creator of a computational system used by Satoshi Nakamoto, argued that it’s a bit more black and white.

He wrote in his own tweet that most in the cryptocurrency space — “even professional marketer detractors” — are inherently pro-BTC, arguing that at the end of the day, a majority of the funds generated by altcoin sales find their way back to Bitcoin. Back said:

“Most really are pro-BTC, even professional marketer detractors, ICO/alt premine funds are cashed to BTC later. Bitcoin is hard ecash, not a community. The digital gold everyone covets, your friends, strangers, your enemies, alt promoters, regulators, bankers, even fraudsters.”

The @Bitcoin Twitter handle—operated by a pseudonymous individual and was once a hotbed for Bitcoin Cash promotion (that’s a story in itself, more information on which can be found here)—interestingly took a different stance than the “nearly everyone is pro-BTC” one put forth by Back.

The handle’s operator wrote that individuals who did anyone of the following things cannot lay claim to the title Pro-BTC:

So right now, it seems as though no one can agree on the definition of the term—it isn’t even on the Urban Dictionary.

Does it even matter?

Although this meme has gone crypto-viral, becoming literally the only thing that Bitcoiners on Twitter have talked about (search up “pro-BTC” in the Twitter search bar, I dare you) and with commentators putting actual effort into crafting threads about the term, some have said that pro-BTC is just semantics. The critics say that this saga is semantics that may actually be hurting the cohesiveness of this industry.

David Nage of the crypto fund and industry research firm, Arca, posted the below tweet on Jan. 9, accentuating that labels like the aforementioned or something like “s**tcoiner” don’t have any value. Nage wrote:

“I have a novel idea: quit creating and using labels for each other […] Labels are from the legacy systems we are all supposed to want to improve and/or replace. All it does is separate people that should be united.”

Collin Enstad, a cryptocurrency content creator, echoed this line, posting the tweet below in a seeming attempt to show the irrationality and the senselessness around the pro-BTC debate. Enstad shared via Twitter:

“Maximalist Twitter: Debating the “nuance” of what “Pro-BTC” means in order to thin the crowd of individuals who don’t toe the party line.”