What investing $1 daily in BTC, ETH, and XRP would have made you over time Priyeshu Garg · 2 years ago · 2 min read
News › Bitcoin · Ethereum · XRP › Analysis

Investing as little as $1 every day into Bitcoin over five years would have yielded an incredible 12x return. 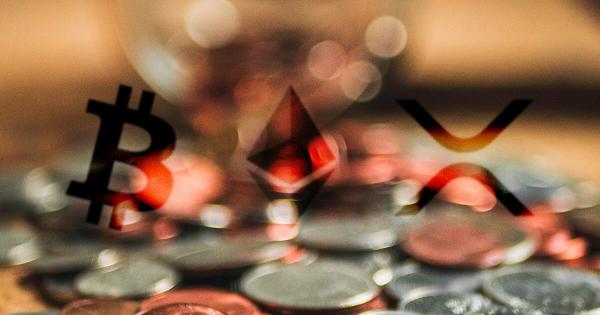 Investing as little as $1 every day into Bitcoin over five years would have yielded an incredible 12x return. According to James Todaro, the managing partner at Blocktown Capital, an investment of $1,858 into Bitcoin would now be worth over $22,000 even when accounting for Bitcoin’s violent price swings.

A dollar a day keeps bankruptcy away

Following its spectacular crash in December 2017, the term “long-term” and “stable” have been increasingly hard to associate with Bitcoin. While many see its violent price swings as proof that it’s nothing more than a speculative asset, Bitcoin is one of the best safe-haven assets out there.

According to Todaro, even the smallest investment in Bitcoin yield incredible returns. Todaro created a visualization of what investing $1 a day into Bitcoin over the past five years would look like, showing that even Bitcoin’s most dramatic price drops haven’t affected its ROI.

The world’s second-largest cryptocurrency, ETH,  proved to be a much lousier investment than Bitcoin.

However, even Bitcoin’s insane return is put to shame by that of XRP. Ripple‘s native cryptocurrency hasn’t been known for its ability to hold value long-term, but rather its ability to settle transactions quickly and efficiently.

While the twelvefold return one would see from Bitcoin is in line with the general view of the coin, XRP’s sixteen fold return will certainly come as a huge surprise to many. The liquidity-focused cryptocurrency, currently the third-largest by market capitalization, has seen its price constantly rise from the beginning of the year and could see a further rise powered by the recent market upturn.