Prior to the 2016 presidential election, there was a lot of speculation about what would happen economically if Donald Trump won the presidency. 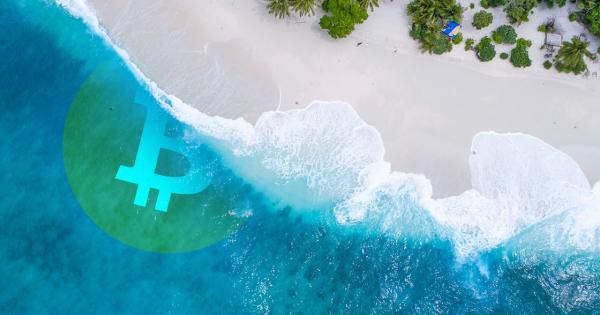 Prior to the 2016 presidential election, there was a lot of speculation about what would happen economically if Donald Trump won the presidency. Many analysts, such as professor Erik Jones of Johns Hopkins University School of Advanced International Studies, expected to see “incredible pressure on stock prices and everyone flooding into rare metals like gold or bonds.”

Today, almost three years after Trump became the 45th president of the United States, it seems like neither gold nor bonds were the best safe haven assets investors for protecting against forecasted financial turmoil. Instead, there was one asset that many gurus failed to take into consideration.

In an interview with ETNow, Jim Rogers, the co-founder of the Quantum Fund and Soros Fund Management, stated that he was shorting the US stock market in preparation for a Trump victory.

The American businessman believed that a Trump presidency was likely going to cause bankruptcy and trade wars with some of the most powerful nations across the world, creating global macroeconomic problems. As a result, Rogers expected gold to decline in the short-term but increase with a time horizon of five years.

In addition, Justin Wolfer, senior scientist at Gallup, and Eric Zitzewitz, professor of economics at Dartmouth College, wrote an essay where they analyzed what will be the response of financial markets if Trump were to become the 45th president of the United States of America. The study concluded that under Trump, financial markets would become more volatile and higher prices for hedge assets such as Treasuries and precious metals could be expected.

Despite the bold predictions that these analysts made before the 2016 election, data shows that if an investor would have bought gold or bonds on election night, they would have ended up with tiny returns, but if Bitcoin would have been used as a hedged asset, the returns would have been substantially different.

Buying gold during the day of the 2016 election when it was worth $1,260 and holding onto it for almost 3 years would have given an investor around 12 percent returns.

A similar scenario would have happened if, on election day, an investor would have bought a 10-year Treasury note, which is one of the most popular debt instruments in the world because it is backed by the guarantees of the U.S. economy. The return on investment (ROI) would have been approximately 16 percent.

On the other hand, regardless of the volatility that surrounds Bitcoin, an investor would have made almost 1,500 percent if this cryptocurrency would have been chosen as a hedge against the possible financial volatility that most analysts were expecting.

Even though Bitcoin is at an early stage of being integrated into the financial system, it will need to be at least 10-20 percent of the total circulating value of money as the author of the Bitcoin Standard, Saifedean Ammous, pointed out. BTC continues to stand out as an excellent safe haven asset as it marches towards that 10 percent circulating total.

Recently, as the Chinese yuan started weakening due to the ongoing trade war between the United States and China. Chinese investors moved into Bitcoin in anticipation of a possible devaluation. The same pattern can be seen in Venezuela, as the nation’s economy collapsed due to hyperinflation and the buying power of Bitcoin continues to make all-time highs against the bolivar. Therefore, during times of financial turmoil, it could be worth considering Bitcoin as a hedge.