The hugely popular move-to-earn app is going full crypto with a blockchain integration and the launch of its native token.

Fulfilling its original vision to motivate people to be more active, Sweatcoin is about to bring tens of millions of new users into the Web3 ecosystem.

The popular move-to-earn app is about to launch on the NEAR blockchain and introduce its native cryptocurrency SWEAT to bring real-world value to its Sweatcoin rewards.

The founder and CEO of Sweatcoin, Oleg Fomenko, talked to Cryptonites’ Alex Fazel about what’s in store for the app and the value its transition into Web3 will bring its users.

Sweatcoin has gamified movement and wants users to monetize it

Founded in 2015, Sweatcoin has been on a mission to keep its users active for the past seven years. According to Fomenko, the company’s original vision was to have Sweatcoin on a blockchain and reap all the benefits of decentralization.

However, the early days of blockchains like Ethereum meant that a decentralized launch would be slow, costly, and hard to sell to a large number of users, forcing Sweatcoin to launch as a centralized service.

Fomenko believes that this helped the platform grow so fast and attract 64 million users to date. When it launched in 2017, Sweatcoin was processing between 300 and 400 transactions per second—a throughput no blockchain network could support. Today, the app processes over 1,500 transactions per second, requiring a highly scalable and extremely fast blockchain network behind it.

NEAR protocol, a Proof-of-Stake (PoS) blockchain network focused on scalability, proved to be a perfect partner to Sweatcoin, whose goals for mass-market adoption matched perfectly with NEAR’s vision.

Launching on a blockchain network will bring a native cryptocurrency to Sweatcoin — SWEAT — that will replace the existing Sweatcoin rewards. Fomenko said that during the token generating event (TGE), one SWEAT token will be created for every Sweatcoin that exists on users’ balances. After the TGE, users will mint a SWEAT token with every step they take.

It will become progressively harder to mint SWEAT — Fomenko said that in five years, it will take five times more steps to mint a single token than it takes right now. This means that while SWEAT’s supply isn’t capped, it will gradually decline, making SWEAT a true inflationary token.

Fomenko said that SWEAT will be instrumental in facilitating the mass adoption of Sweatcoin. He believes that the most prominent issues blockchain platforms face are having a complicated user experience and being based on volatile assets that are often unsafe.

Sweatcoin, thanks to its launch on NEAR, solves both of these problems. He explained that the platform’s simple UX allows people to walk into crypto without onboarding hassles.

This simple process enables people to experience the crypto space essentially risk-free and earn rewards for participating. Then, when they feel comfortable enough, they can put more of their own money into the ecosystem.

Sweatcoin’s transition into the Web3 ecosystem doesn’t just stop with its launch on a blockchain—Fomenko wants to reap all the benefits of the new tech era.

He said that Sweatcoin’s long-term goal is to transition into a DAO and fully decentralize the ownership of its user information. Turning into a decentralized organization will give control over the data back to its users, opening up the possibility of monetization led by users—not the company.

Fomenko is proud that Sweatcoin has never monetized the thousands of terabytes of data it owns. Thanks to advertising and partnerships, the company is hugely profitable as a Web2 platform but believes Web3 will open up even more possibilities to obtain and retain value.

This belief is shared by Sweatcoin’s users, as well — Fomenko said that over 262,000 wallets were downloaded in the 24 hours since the platform announced it would launch its own token. 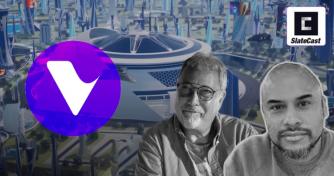 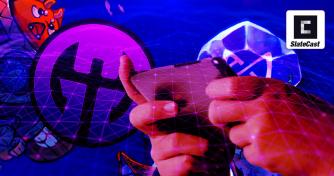 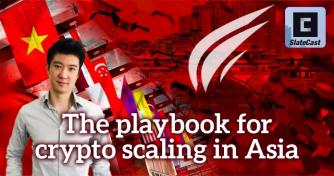