US bars crypto holders from contributing to crypto policies

The office declared that the "de minimis" exemption does not apply to cryptocurrencies and stablecoins. 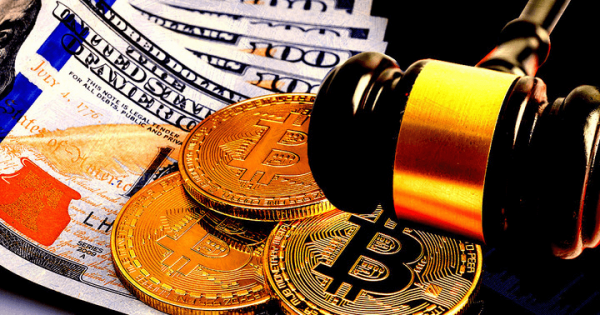 According to the advisory note, the office declared that the “de minimis” exemption does not apply to cryptocurrencies and stablecoins.

The exemption initially allowed owners of securities below certain thresholds to work on policies affecting that security.

According to the legal advisory, the exemption does not apply to digital assets even if that particular cryptocurrency “constitutes securities for purposes of the federal or state securities laws.”

The directive applies to all employees of the White House and federal agencies, including the Treasury Department and Federal Reserve.

Under the directive, several government officials who have publicly disclosed their crypto holdings and interests will no longer be able to work on crypto policies.

Among those affected is the technology adviser to the White House, Tim Wu, who holds Bitcoin (BTC). However, he had voluntarily abstained from involving himself with crypto policies.

The legal advisory provides an exemption for federal employees with less than $50,000 investments in mutual funds with crypto exposure to participate in handling crypto policies.

The advisory appears to respond to the growing influence of the crypto industry in Washington and the popularity of crypto assets as investments.

The need to regulate the crypto industry has increased tremendously with the significant market downturn.

But certain groups and people are concerned that the rules regulating the sector might be influenced by those with political and financial interests in the industry.

Recently, tech experts wrote the U.S. Congress asking it not to succumb to the influence of crypto lobbying and crackdown on the industry.

Government agencies are also grappling with conflict of interest, especially decisions that could affect the markets.

In February, the Federal Open Market Committee announced new rules that prevented senior officials from buying or holding investments in