Thailand all set to regulate cryptocurrency as means of payment

Thai authorities will be closely monitoring the usage of cryptocurrency as means of payment for goods and services, gauging its impact on the country's financial ecosystem. 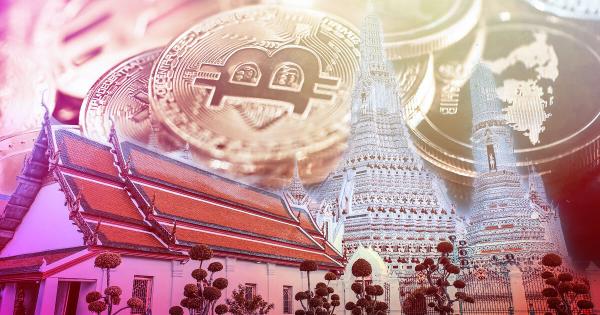 The Bank of Thailand (BOT), in association with Thailand’s Security And Exchange Commission (SEC)  and Ministry of Finance (MOF), will jointly be spearheading the endeavor of regulating cryptocurrency as a payment method for the goods and services in the region.

As per the official press release, the Thai authorities are planning to introduce a set of guidelines that would “limit the widespread adoption of cryptocurrency as payments for goods and services” in a bid to protect its citizens against threats posed by cryptocurrency.

As per the official press release, the Thai authorities are concerned over cryptocurrency expanding its reach from an investment alternative to a payment tool, which can adversely affect the country’s financial ecosystem.

The authorities further stated that the widespread usage of cryptocurrency as payments can alter the course of the country’s financial system and cause financial instability along with problems related to cyber theft and consumer privacy. They also emphasized how the businesses have been incorporating digital assets as means of payments for goods and services, which can pose a negative impact on the country’s financial and economic system.

“Some have solicited businesses by offering to facilitate merchants and businesses in accepting digital assets as payment for goods and services such as by setting up digital asset settlement systems. This may result in wider adoption of digital assets as a means of payment, aside from its usage as investment, which could potentially impact financial stability and the overall economic system.”

The authorities also raised concerns on how crypto usage as payments can pose risks to consumers and businesses through matters concerning”cyber theft, price volatility, personal data leakage or money laundering.”

In response to the following matter, Governor of the Bank of Thailand Sethaput Suthiwartnarueput stated:

“The BOT takes into consideration both the risks and benefits of digital assets, including the underpinning technologies. At present, the widespread adoption of digital assets as a means of payment for goods and services poses risk to the country’s economic and financial system. Therefore, clear supervision of such activity is needed.”

Ruenvadee Suwanmongkol, Secretary-General of the SEC also reiterated similar sentiment and stated that:

“After discussion with the BOT and MOF, the SEC has conducted a public hearing regarding the guidelines for using digital assets as a means of payment for goods and services to determine the appropriate frameworks in due course.”

The Thai regulators are in favor of formulating a strict guideline intending to limit the spread of cryptocurrencies as payments. The press release further stated that the assets and technologies that do not pose a risk to the country would also be supported through an “appropriate regulatory framework.