Study: Most Americans don’t realize federal banks are not solely owned by the government

Most Americans know that the federal government of the United States prints our money. 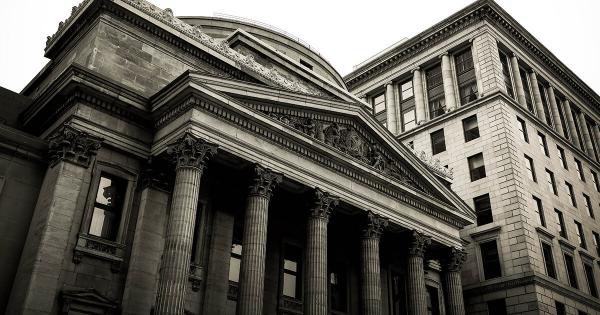 These Americans also know that the federal government makes all the important fiscal decisions, from the value of interest rates to reserve requirements and all other things money.

But these Americans ― a whole lot of them, by the way ― are wrong. They aren’t dumb. In fact, without information stating otherwise, common sense would tell us that the federal government is the institution most likely to lord over our national financial network.

So we shouldn’t be shocked that the data shows a widely-held perception that the U.S. government owns the U.S. financial system, embodied by the federal reserve.

We recently conducted a study of 1,000 American consumers and asked the question: who owns federal reserve banks?

54 percent of respondents said the government owns the federal reserve network, and by extension the flow of money in the United States ― it’s the common sense answer, but not the correct one.

None of these answers were far from the mark, but the fact is that the federal reserve network is technically an independent entity. Odds are that the Fed’s status as an independent financial institution isn’t the only thing the general public doesn’t know about America’s national banking network.

What is the federal reserve?

The federal reserve is a network of financial institutions that collectively make up the central bank of the United States. The Fed is headquartered in Washington, D.C., and has twelve regional branches sprinkled across the United States that serve twelve geographical Fed “districts”.

The federal reserve network serves five general functions, with its most obvious role being as a depository of funds for the federal government. The federal reserve Board of Governors and Federal Open Market Committee (FOMC) take actions that directly impact the American people and, considering America’s economic role in the world, the global economy.

The Federal Open Market Committee (FOMC) is a subgroup of the federal reserve, and they are the group primarily responsible for tinkering with American monetary policy. Actions they take towards this end include:

There is no single group that has a more tangible impact on the economic climate in America than the FOMC, even though you may hear arguments about the relative impact of investment bankers and their ilk.

When the economy is sluggish, the FOMC can choose to lower interest rates, incentivizing lending and borrowing and in doing so, stimulating economic activity. Raising interest rates will have an inverse effect on an overheating economy. This ― the manipulation of interest rates ― is perhaps the Fed’s greatest power to shape American monetary policy and the economy itself.

What are federal reserve banks?

Twelve regional federal reserve banks do most of the heavy lifting when it comes to the Fed’s administrative roles. These banks:

Clearly, leadership at these regional federal reserve branches have a lot on their plate, yet they are widely considered of secondary importance to the D.C.-based Fed.

There is a good reason for this pecking order ― monetary policy has a much wider-reaching impact on the domestic and global economies. Yet we cannot speak of the federal reserve network without discussing the still-important roles that the regional Fed branches play.

The American federal reserve banks, typified by the D.C.-based Fed, are not owned by anybody, at least in theory. They are independent financial institutions designed to be above political influence. The Fed’s stated goal: to enact fiscal policy that strengthens the economic backbone of America and, by extension, the world.

So, contrary to popular belief, the federal government does not own the Fed. The president may appoint a Chairman of the Fed that they believe will enact policy in line with their economic school of choice. But history shows that the checks and balances and stratified leadership of the Fed render politically motivated appointments largely ineffectual.

In other words, you can put aside your wonder: the Fed owns the Fed. Now you know.