In late May of this year, Putin astonished the world with his newfound trust and excitement for Bitcoin. 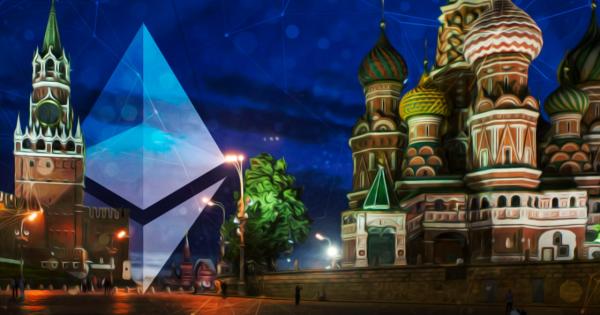 In late May of this year, Putin astonished the world with his newfound trust and excitement for Bitcoin. Since then, we’ve been seeing some hopeful developments in Russia’s relationship to blockchain, Bitcoin, and the crypto-world.

It started as a rocky relationship.  As recently as 2016 legislation was being pushed through the Russian government to completely ban all cryptocurrency usage, with casual Bitcoin users facing a 500,000 ruble fine or 4 years in jail and crypto-miners facing up to 7 years in jail.

However, after Putin’s meeting in June with Vitalik Buterin (co-founder of Ethereum), the push for a new relationship began. Putin’s aide on Internet matters, Dmitry Marinichev, gave a tour of his gigantic cryptocurrency mine.

A warehouse that was originally used to build cars in the Soviet era has become one of Russia’s largest cryptocurrency server farms.

Russia clearly wants to adapt to the new world. Oil and gas have always been Russia’s biggest exports, but technology is fading out (very slowly, but surely) much of the world’s need for these resources.

And Russia has the perfect climate, literally and figuratively, to host mining servers. Electricity is extremely cheap in Russia; its vast, cold climate helps cut down on cooling costs of servers, with costs ranging from 50-70% less than the international average.

Andrei Barysevich, a researcher at Recorded Future, told Vice News that Russia can make a lot of money from cheap, government-controlled electricity costs.

“If you have electricity at the cost of 2 cents per kilowatt, [mining Bitcoin] is 10 times more profitable than pumping oil.”

People like Marinichev see a huge opportunity for Russia. While it’s said that Russia owns only about 3% of all Bitcoin nodes, Marinichev’s mega-mining factory will bring more control over to Russia. Marinichev and partners have invested $10 million into the projects and have raised the equivalent of $43 million dollars from their ICO.

Mining isn’t the only way the Russian government and businesses are interested. Thanks to Buterin, Russia sees the potential of blockchain and smart contracts in its systems.

Many high-ranking officials want to see this happen, which has made it easier to see progress with little friction. Inspired by Ethereum, Masterchain is a fork off of the Ethereum blockchain that can work for Russia, made by Russia.

Similarly to NEO and China, Russia wants to have total control over the systems used. Kirill Ivkushkin, a representative in the Masterchain project, said:

“When there is private, personal data is involved, we must use cryptography which is certified in Russia. The direct use of platforms like Ethereum and Hyperledger is limited to platforms that don’t involve storage of personal data.”

After Masterchain, Buterin managed to strike a deal with Russia’s state-owned Bank for Development and Foreign Economic Affairs, AKA Vnesheconombank. Together they created “Ethereum Russia,” which will be used to help promote and educate people on blockchain technology around Russia. This will allow Russia to pave its own road with Ethereum without interference by the Ethereum Foundation.

Nonetheless, Russia has some mixed feelings about Bitcoin. While many industries and businesses support mining and the use of Bitcoin, head of Russia’s communications Nikolay Nikiforov recently stated that the country will “never” legalize Bitcoin.

It still illegal in Russia to buy/sell assets using Bitcoin for fear that it could bring down the value of the ruble.

While Russia may forbid Bitcoin, it is completely open to blockchain technology, although only as long as that technology is created in Russia. Central banks have become wary of cryptocurrencies and ICOs but they are looking forward to accepting solutions like Masterchain in their systems.

Ultimately, it may be hard for Russia to accept blockchain without accepting cryptocurrencies. The idea of blockchain is to make a decentralized marketplace, and while it’s a huge task, the goal is for the populace to control its own money. Cryptocurrencies will make this possible; with the advent of the Internet’s globalization, we will need globalized currencies that are engineered for blockchain technology.

Considering its stance just one year ago, Russia has taken a big step in the right direction with supporting blockchain this year.  The next step is for Russia to permit its citizens to use cryptocurrencies such as Bitcoin, and not just mine them.