The obsession with Bitcoin’s price, driven by irrationally exuberant speculators, is distracting people from adhering to the core values of Bitcoin. 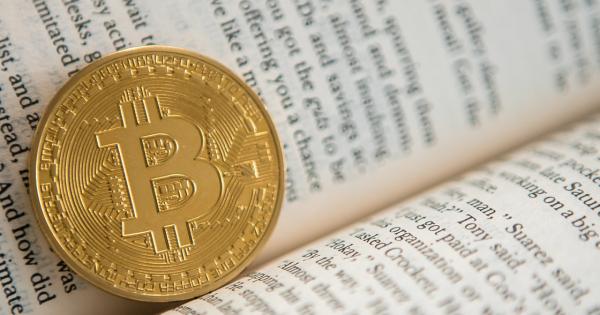 The obsession with Bitcoin’s price, driven by irrationally exuberant speculators, is distracting people from adhering to the core values of Bitcoin.

The following is a guest post from Mark Toohey, co-founder, and CEO of TBSx3 – a blockchain-based logistics and supply chain solutions company. He is also a digital currency regulation lecturer with the University of Nicosia.

Bitcoin is an exceptional, viable concept but it has been hijacked in recent times by people who have barely any idea about its history, its purpose, and its promise — and don’t care.

In many ways, there’s been a corruption of the original idea, because Bitcoin was designed to be a payment system.

Unfortunately, few people are still using it to make payments. Instead, it is being used as a store of wealth and a speculative tool. This is sad because it’s always been far better than that. It was built to spur positive social change.

All this talk about how Bitcoin should be treated as digital gold, and its skyrocketing price to over US $20,000 in December 2017, is irrelevant to discussions surrounding the ground-breaking applications that can be built on the technology.

Detractors are quick to mention the high volatility in Bitcoin’s value. Yes, it has been very volatile – way too volatile lately. But, it is not unique in such volatility. Both the oil price and stock prices have had moments of considerable volatility too.

The whole issue of price is a distraction, to some extent. The hype surrounding price distorts the real value that could be gained from the advancement of this technology.

There are many other coins people are now investing in, and it is hard to understand why someone would invest in such fragile assets. Unless these coins deliver an old-world return on an investment, then the herd are just speculating, and punters may as well take their money to the casino and put it all on red. Quicker and more certain of a significant increase in wealth – if they get it right.

Bitcoin was conceived as an antidote to quantitative easing – a currency no government could control or dilute. It is ironic that many of these other coins have such lax governance that the issuers could massively inflate the coin supply and destroy the value held by the unlucky investors.

Instead, we see a market distortion where real-world assets are pouring into ‘digital money’ that is, in most instances, less protected from supply fluctuation than fiat currencies. This is one of the things Bitcoin was trying to remedy, and it appears now to be undermined by irrational greed.

There is a significant purpose and real utility to an international digital currency that no government can control.

As a trusted, transparent, and accessible way to settle payments, Bitcoin offers the world a refreshing and much needed alternative to our current financial system.

Bitcoin provides an open, secure, and fast way to transfer money. You don’t need any governmental permission or bank contract to make a transaction.

It offers a way for people in certain authoritarian countries to make secure international transactions securely.

There’s still a lot of tools and integration that we need to build into the technology before it can reach its full potential. It’s now our responsibility to ensure that Bitcoin’s true philosophy is retained and valued as we help shape its future adoption

Bitcoin was designed to purely be a peer-to-peer payments system of electronic cash with no central authority or banks involved.

Transactions and the issuing of Bitcoins are to be carried out collectively by the network, which is open-sourced and decentralized. These transactions are recorded on the blockchain — a public ledger — enabling more transparency in a financial system.

For security, the concept of “no double spending” is one of the most compelling features of blockchain technology.

Satoshi Nakamoto, the creator of Bitcoin in the original whitepaper:

“The network timestamps transactions by hashing them into an ongoing chain of hash-based proof-of-work, forming a record that cannot be changed without redoing the proof-of-work.”

Proof-of-Work (PoW) (also called mining) in the case of Bitcoin, is the validation of computing power that was spent creating a new block on the blockchain.

This function along with the no-double spend feature means no one can tamper with Bitcoin transactions and the ledger is immutable, providing a more secure payments system based on the trust in the network.

While heavy computing power is needed for public chains (such a Bitcoin), new projects can run on private chains which require much less computing power. This is known as Proof-of-Stake (PoS) technology.

Detractors are also quick to point out that Bitcoin still has all sorts of operational issues – it’s too slow, it uses too much power, it’s has a governance problem.

Of course, we must acknowledge, the fact that it is a decentralized system. The lack of a central authority is both its greatest strength and its greatest weakness. Without strong leadership helping to implement Bitcoin widely, progress on key decisions is awkward, factions emerge with conflicting ideas, and the public struggle to grasp the issues at stake.

Regardless, there is no denying that Bitcoin’s blockchain has proven its resilience. We should continue to value Bitcoin for its technical innovation and potential.

Mark Toohey is the co-founder and CEO of TBSx3 – a blockchain-based logistics and supply chain solutions company.  He is also a digital currency regulation lecturer with the University of Nicosia.

Mark is traveling to New York as a delegate of the Australian Blockchain Mission to Consensus 2018, organized by Austrade in partnership with ADCA (Australian Digital Commerce Association).

Aglive allows you to seamlessly complete meat and livestock accreditations on the one platform, via mobile or PC completely wirelessly.