On the Verge of Controversy 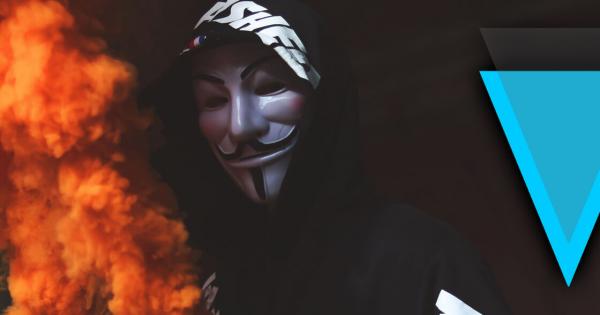 Photo by Tom Roberts on Unsplash

The cryptocurrency Verge promised to bring people quick, efficient, and private transactions. Instead, the coin has been embroiled in a series of controversies.

Verge is a privacy-focused coin similar to Zcash and Monero. The Verge project integrates some innovative features through the use of the TOR VPN, free software which enables anonymous data transfer, and I2P, another anonymous network that adds another layer of privacy.

Verge has had issues, to say the least.

Back in November famous British-American computer programmer and businessman and founder of McAfee Antivirus, John McAfee, was allegedly paid $105,000 to shill the coin.

I am inundated by people asking me for recommendations on cryptocurrencies. If you would use your heads you would figure out that the privacy coins (anonymous transactions) will have the greatest future. Coins like Monero (XMR), Verge (XVG), or Zcash (ZEC) cannot lose.

McAfee later asserted that the coin was bound for $15, a far-fetched 150x increase from its price at the time.

There is still controversy surrounding whether the Verge team or another participant paid McAfee to pump the value of the coin.

Following the McAfee incident, the Verge team announced on Medium and Twitter that they would release the Wraith Protocol before December 31st of 2017.

Wraith Protocol is a technology that allows the user to seamlessly switch between public and private ledgers on the Verge Blockchain.

However, the team delayed the release four times. Meanwhile, Verge continued to market the coin aggressively on Twitter. The lack of transparency and the mismanagement of the project caused many Redditors to sell their holdings.

One Redditor responded to the incident by selling his 5.5 million Verge said the following:

Why I just sold my 5.5 million verge. from vergecurrency

Justin Sunerok, the lead developer for Verge, has launched a crowdfunding campaign to raise approximately $3 million in XVG coins, claiming the funds will be used to secure a “strategic business alliance” with an unnamed global organization. The campaign also implies that the donations are for Ledger Nano support, an iOS-enabled wallet application and partnerships with “large-scale companies.”

That said, the Reddit community raised red flags. Proceeding the announcement, Sonerok posted on Reddit that his Coinbase is frozen:

please upvote! CoinBase has not allowed me to withdraw funds since September 2017, it’s now almost April 2018. from CoinBase

Many Redditors have voiced concerns that the fundraising campaign is a scam. A highly-upvoted comment by another Redditor had the following hypothesis:

(1) Justin Sunerok is having trouble raising money to pay his taxes. (2) Justin Sunerok launches desperately fast crowdfunding to raise approximately $3 million in XVG tokens. Says it is for a partnership. (3) Justin Sunerok says the partnership will be announced April 16, the day after the final deadline for filing taxes.

Although these are still rumors at this point, several indicators raise questions about the fundraising campaign.

Verge Forced to Fork After 51% Attack

Verge is a proof-of-work currency which derives its security from the decentralization of its network. If a single actor were able to gain majority control of this network, then they would be able to create and modify the blockchain at will.

We had a small hash attack that lasted about 3 hours earlier this morning, it's been cleared up now. We will be implementing even more redundancy checks for things of this nature in the future! $XVG #vergefam

Although Verge asserts that the attack only lasted three hours, some say the attack lasted up to thirteen hours. Additionally, Verge claims that around 250,000 XVG were stolen during the attack while others in the community claim that more than 3.9 million could have been stolen.

The Verge team and lead developer Sunerok have exacerbated the issue by underplaying the severity of the attack or denying that it happened. In a Reddit thread requesting to delist Verge on Binance, Sunerok replied with:

Sunerok made similar comments in other similar threads bringing light to the attack. Verge hard-forked the coin in response to the attack. Along with an infographic, Verge had this to say on Twitter:

To make sure that all stealth transactions will run smoothly, Verge will hard fork at block 1,824,150.

A hard fork is a radical change to a blockchain protocol that invalidates all subsequent blocks from the selected block. When a blockchain forks, a permanent divergence is created in the blockchain.

A hard-fork has the potential to damage the security of the network by reducing the number of participating nodes during the switch. Moreover, a hard fork violates the principle of immutability that is valued by many in the community.

The crypto community had mixed reactions. On some forums, there are Verge supporters that claim the coin will come back stronger than ever. On the other hand, some believe that the project could be a Ponzi scheme on the level of BitConnect.

It appears that the market agrees with the former.

Justin Sunerok is the founder and Lead Developer of Verge Currency. Learn More