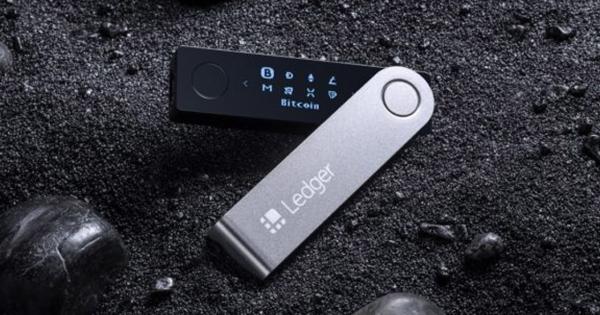 Leading cryptocurrency wallet company Ledger announced its latest device, the Nano X. The wallet features a Bluetooth functionality and a mobile app for remote management. In response, the crypto community is ablaze with security concerns.

Ledger Gets an Upgrade

The new Nano X will be unveiled on Jan. 16 at CES. In an interview with Bitcoin Magazine, the Ledger team highlighted the new features, stating the simple design resembles the Nano S, but with added “versatility and complexity.” Compared to the Nano S, the Nano X features a larger screen, user-friendly navigation buttons on the front (instead of the side), and, unlike the Nano S, the ability to hold a charge. Nano S users will also be able to check their wallet, in read-only mode, on the go without access to a computer.

Additionally, the Nano X will be released simultaneously with a companion app, Ledger Live, available for Android and iOS. The new application will allow users to access their wallet and send transactions via Bluetooth—without having to unlock their hardware wallet.

Ledger’s CEO, Éric Larchevê, told Bitcoin Magazine that users complained of a lack of memory with the Nano S:

“Depending on the app, you can have from five to ten to fifteen wallets, but if you have a lot of crypto, you need to install and reinstall these to manage coins—it’s a lot of work. Now, with the Nano X, you have much more memory and you can have up to 100 applications at one time.”

Social media is on fire with criticisms of the news. The general consensus is that simpler is better (i.e. safer). However, as with any new technology, uncertainty is bound to raise concerns.

Security concerns are a major issue concerning cold storage. In a YouTube demonstration titled “wallet.fail,” a team of security researchers hacked three different wallets.  Fortunately, the process was too technical, and the companies mentioned were able to apply security patches.

Naturally, security concerns arise with the use of Bluetooth tech as well.  However, regardless of the means of access, possession of the physical storage device is necessary, as explained by Reddit user @murzika:

.@LedgerHQ announced their new Nano X. It has Bluetooth which means for the first time it can be paired with an iPhone!

There's a tradeoff: more connectivity options mean more attack surfaces. I'll try it out when it ships in March

Despite the skeptics, wallet technology will continue to improve over time. And, as cryptocurrency becomes more accessible adoption will follow.

A Guide to Data Storage Coins