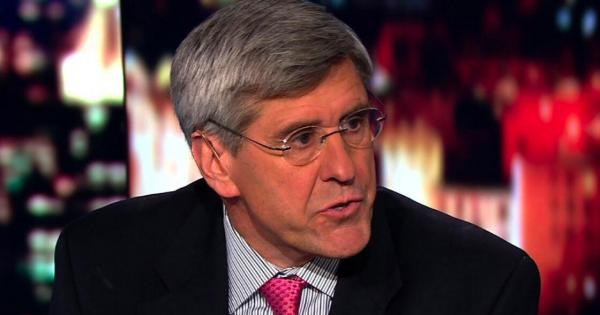 Stephen Moore, a former adviser to U.S. president Donald Trump, is considering joining Decentral, a cryptocurrency central bank. Moore recently lost out on a bit to join the board of the Federal Reserve and is reportedly looking to get involved in regulating the crypto industry.

A former advisor to U.S. president Donald Trump is reportedly considering joining a startup that wants to create a cryptocurrency central bank. Stephen Moore, who recently lost out on a bid to join the board of the Federal Reserve, is now looking to start his own mini-Fed, FOX Business Network reported.

According to sources familiar with the matter, Moore has joined Decentral, a startup that is billing itself as “the world’s decentralized central bank.” An investor pitch deck obtained by the publication showed that Decentral will be tasked with regulating the supply of cryptocurrencies—much like the Federal Reserve controls the supply of fiat currency in the U.S.

The company will also have its own native token, which it will trade for other cryptocurrencies. While the details on the coin are still unclear, company officials told FOX Business that it will be a stablecoin whose valuation is “strictly” controlled by an algorithm.

Reports have shown that Moore will serve as the company’s chief economic officer and will report directly to Sam Kazemian, who currently serves as Decentral’s CEO.

Failed bid for the Federal Reserve pushes Moore into crypto

Joining a crypto company is a move few expected from Moore, who was nominated by president Donald Trump to serve on the Federal Reserve Board. Seeing how the entire industry was built on the premise of disrupting the authority of centralized institutions such as the Fed, having a former nominee run a crypto company received mixed reactions.

According to The Washington Post, Moore said that he would decide whether to join Decentral in the next month. He told the Post that he had a “fascination with cryptocurrencies” and that he believed digital assets will be the next big thing.

“I’m really excited about doing this,” Moore said. “I hope it makes me rich.”

The reactions about Moore’s jump into crypto weren’t all that positive, to say the least. While some independent analysts such as Chris Whalen said that Moore’s anti-central bank attitude made him perfect for the role, others questioned whether he was qualified to run such a company.

With half of Decentral’s executives having political backgrounds, many questioned their motives to create a centralized crypto bank. Others were harsher in their criticism, calling Decentral a “stupid idea” and Moore an “incompetent Trump loyalist.”