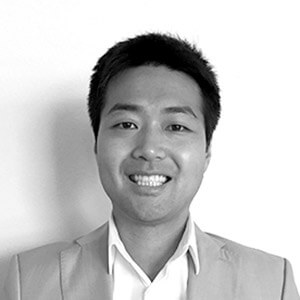 In the past few years, there has been this bubbling discontent against centralized figures in our lives, especially in our digital lives. We have had to bow down to the rules of banks, social media sites, even governments and authorities as there have been no other alternatives.

This lack of competition had also driven the central authorities to get greedy and complacent, which has led to several notable failures in their authoritarian control. Facebook data scandals, banking collapses, political failures; all these occurrences have lead people to lose faith in centralized authority.

Yet, there has been very little that the collective has been able to do about it. The notion of decentralization has pretty much been theoretical with not too many concrete examples of how one can escape the centralized monopoly that has been constructed. But things are changing.

Blockchain has been steadily establishing itself as a technology of the future but also as a foundational tool for today. It brings with it a functional decentralization that people are starting to see work in different sectors. Bank-less Bitcoin showed people that finance need not be totally ruled by the bank, but that is just the beginning.

Why do we want decentralization?

We can understand why people are less trusting of central authorities. Especially when looking at banks, governments, and even corporations like Google, Facebook, and others; there have been a slew of bad press around the way they are operating.

The alternative is to disseminate the power in these sectors and have decentralized control where the need for trust in one entity is removed and a trustless system put in its place. Decentralization can do this, in many different sectors, and it can do it with an efficiency that is unheard of in a world of centralized authority.

We have seen how Bitcoin can essentially remove banks; take away their fees, waiting times, overly-severe restraints and regulations, and replace it with trustless peer-to-peer trading. We are also starting to see how any contract, financial or not, can be enacted through smart contracts without the need of central authorities – supply chain as a prime example.

And, the reason we see these alternatives is because of what has happened before. It must be remembered that Bitcoin, blockchain, and this notion of decentralized finance, in this case, came about because of the 2008 financial crisis and the failure of the centralized banking system to do its job.

In more recent times, instead of seeing our money being the victim of poor centralized control, we are seeing our data being exploited and badly used. Facebook, Cambridge Analytica, and a bevy of other internet companies have been embroiled with scandals relating to the control and use of people’s data. These people are now sick of it and want a new way of operating.

It is an arduous task, creating a decentralized architecture based on blockchain technology, but one that ICON is attempting to summit. It is not only about being financially decentralized through Bitcoin, but it is also about trying to create an entire decentralized network of different blockchain communities and sectors for a new era of decentralization to come to fruition.

Why ICON took this path

ICON has decided to try to create this blockchain architecture in a way that further forces more significant decentralization and community involvement. If blockchain is the answer to a decentralized society, it is still in its embryonic stages and needs a boost towards a new heading.

Blockchain decentralization can be a relatively insular and isolated undertaking as it stands, with proof-of-work a race to get the next block rather than active involvement in a community. It is this reason why ICON has gone with Delegated Proof-of-Contribution (DPoC) to allow for member evaluation based on their network contribution as well as stake.

This further leads to one of its most important roles, the P-Rep, or Public Representatives.

P-Reps operate as full nodes and form the basis of a sustainable and secure network. They get to produce blocks and verify transactions on the ICON Network, but their role is even more extensive than that — acting as the principal delegates of the decentralized governance system, P-Reps are responsible for controlling, protecting, and enhancing the ICON Network.

Having these P-Reps in the network hands the control of the blockchain architecture to the people who are using it, they are incentivized to advance the network. But, to further incentivize the network and ensure complete decentralization, all ICON network participants – not only the main P-Reps but also sub P-Reps, ICX holders, developers, and more – are rewarded according to their contributions

It is through this avenue that ICON hopes it can create a fully decentralized blockchain architecture, and that it can advance blockchain decentralization to its full potential.

Currently, the possibility is there with blockchain, but because of other factors, decentralization is usually a front. ASIC mining hardware can lead to a monopoly in proof-of-work, and poor distribution of tokens can cause centralization in proof-of-stake.

But, with decentralization at its core, with a voting system aiming to include all corners of the ICON network, and P-Reps set to be fairly chosen, the network should obtain a far higher degree of decentralization than has been seen in these early stages of blockchain development.

ICON is an interconnecting blockchain network. ICON can connect independent blockchains without the use of additional third-party intermediaries. Various blockchains can communicate with each other through the ICON platform. By connecting siloed blockchains, ICON aims to become the largest blockchain in existence.

The ICON Foundation has announced it will be giving away 3 million ICX tokens to participants in its upcoming election.

Founded in 2017, ICON foundation made waves in the blockchain industry as one of the earliest community-focused platforms to connect separate blockchains.