Ethereum-based Civil, a blockchain journalism startup, has inked a licensing agreement with the Associated Press (AP) that will see the latter’s news content available for use by Civil-based newsrooms via blockchain technology. 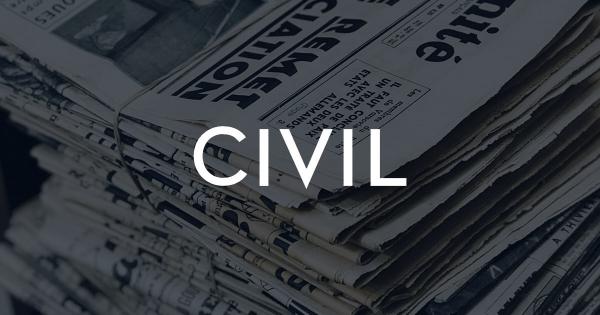 Photo by Andre Benz on Unsplash

Ethereum-based Civil, a blockchain journalism startup, has inked a licensing agreement with the Associated Press (AP) that will see the latter’s news content available for use by Civil-based newsrooms via blockchain technology.

Another Giant Turns to Blockchain

According to an official release, the content licensing partnership will see AP deliver its breaking news stories and other detailed coverage to Civil, allowing newsrooms easy access via its blockchain platform.

Furthermore, news agencies and journalists wishing to use AP’s content will be able to purchase a license via Civil’s platform, using the CVL token, to ensure automatic content licensing rights via smart contracts.

AP is exploring blockchain technology to help protect its intellectual rights, track the usage of its content and, most importantly, support ethical journalism. Additionally, AP will own CVL tokens as part of the agreement.

Founded in 1846, AP is an unincorporated, non-profit news organization that relies on a cooperative of media houses and magazines to exchange information, knowledge and news reports, with a focus on unbiased opinions and high-journalism standards.

In 2016, reports noted that more than 1,300 news agencies republish AP’s content on a regular basis. However, the news organization’s revenue fell from $138 million to $1.6 million in the same year, a 99 percent decline.

Using Civil’s blockchain, AP will retain the rights to its news reports, ensuring that a “new economy” for journalism is built using disruptive blockchain technology.

Civil, meanwhile, touts itself as “self-sustaining journalism” built on the Ethereum blockchain. The organization offers its own CVL tokens to reward content creators and incentivize contributors.

Civil’s ethos is grounded in mitigating risk from agenda-driven news outlets owned by an influential group. All featured “newsrooms” undergo a community-approved whitelisting process and can be “contested” using CVL tokens.

“AP has been pushing into new digital territory for more than two decades, and Civil is opening up another new space with interesting technology to explore and a commitment to good journalism. We’re eager to help cultivate the space and demonstrate our value to a new set of digital publishers.”

Apart from Civil and AP, a few others companies have turned to blockchain technology to ensure ethical journalism. In July 2018, for example, Adblock developer Eyeo announced the launch of “Trusted News,” a blockchain-based browser extension that labels “fake stories” and votes for trustworthy news sources.

Civil is a decentralized network of independent publishers, governed by a shared set of ethical standards and an engaged community of news consumers. Learn More