The upcoming EOS mainnet launch is currently one of the most anticipated events on the blockchain calendar. 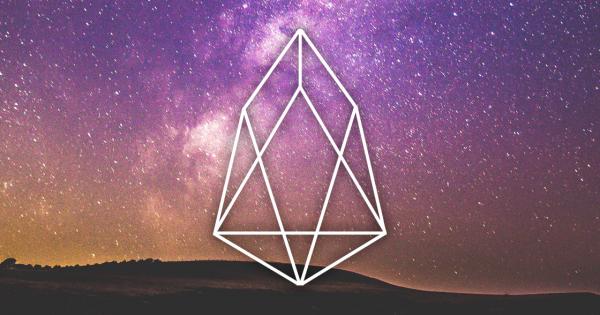 Photo by Jack Cain on Unsplash

The upcoming EOS mainnet launch is currently one of the most anticipated events on the blockchain calendar. The lead up to the launch, which will occur on the 2nd of June, has seen the value of EOS skyrocket, climbing over 72% in the last seven days. With a market cap of over $17 billion and a token value at an all-time high of $21, EOS has captured the position as the 5th most valuable crypto — but is the explosive growth of the token justified?

Alongside the mainnet launch, EOS has recently announced a number of initiatives that have pushed the token into the upper echelons of coin rankings, such as a new VC partnership and a hackathon intended to drive dApp developers toward the platform.

The EOS project has captured a significant amount of attention for the features it promises. EOS is designed to deliver the ideal environment for dApp development and deployment, offering extremely high transaction throughput paired with no transaction fees whatsoever.

While it’s true that EOS does present technical stack that can theoretically keep up with the intense transaction demands presented by millions of distributed app users via a Delegated Proof of Stake consensus method, some market observers are not convinced by what is perceived to be a massive overvaluation of the EOS token.

Ethereum creator Vitalik Buterin has recently suggested that the entire spectrum of “alt” cryptocurrencies is massively overvalued, emphasizing his perspective that the blockchain ecosystem is currently oversaturated with speculation. Cryptocurrency analyst Joseph Young has also highlighted the runaway valuation of EOS, comparing the blockchain startup to SpaceX:

If EOS is able to deliver on the anticipated “millions” of transactions per second it offers and foster the development of an active, productive third-party developer community, then it’s possible that the token will retain a strong value. The current value of EOS, however, is arguably attributable to pre-mainnet launch hype and the influence of a highly effectively executed marketing campaign.

Is EOS Too Centralized?

The EOS project may provide a solution to the scalability issues that currently hinder widespread dApp deployment and usage, but at what cost? The technical architecture of EOS relies on 121 community elected nodes, 21 of which fulfill the function of mining blocks.

Some community members have likened this structure to a trusted third party, which from one perspective is at odds with the original decentralized vision expressed within Satoshi Nakamoto’s Bitcoin white paper.

EOS proponents, however, argue that as EOS “supernodes” are voted in by the community the EOS architecture is highly resistant to corruption, and thus is in line with the purpose of decentralized ledger tech.

The EOS governance model also allows for protocol-level changes to be implemented without the need for forking, allowing token holders to participate in the evolution of the network itself.

Dan Larimer, the CTO of EOS, holds the perspective that decentralization is not a black and white matter. According to Larimer when it comes to decentralization, numbers are not everything — distribution matters. In a 2015 exposition on the practical implications of decentralization, Larimer highlights the utility of Delegated Proof of Stake networks such EOS: