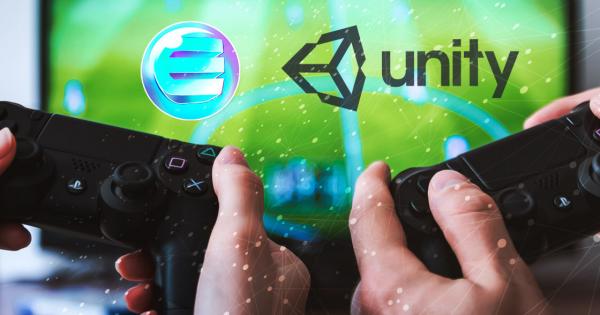 Photo by JESHOOTS on Unsplash

The partnership marks the dawn of a new era of commodification; one where video games are not so much a novel pastime as they are a thriving, profitable component of our economy. In-game items and characters are to become assets in every sense of the word; as users buy, sell, trade and exchange their virtual goods for currency.

The Unity Asset Store partnership will enable game developers to implement Enjin’s unique ecosystem within their games, further blending the line between eCommerce and gaming as they commodify their in-game assets.

Enjin SDK will be a powerful tool in the radical future of gaming, enabling Unity’s 5 million game developers to create wholly ownable items and characters for their games, all exchangeable for real-world value in the form of ENJ tokens.

It is Enjin’s entire gaming ecosystem that gives the ENJ token utility; allowing game developers and content creators to integrate real-world value into games and their online communities.

Enjin may seduce game developers for some reasons, yet it is their open-source software development kit (SDK) that has caught the attention of Unity- complete with game plugins, wallets, and virtual item management apps all designed to realize a new gaming economy complete with cryptocurrency integration.

Unity’s decision will cement the role of blockchain technology in the ever-changing landscape of gaming, appearing to appreciate the significance of this joint venture:

“Providing access to Enjin’s SDK through our Asset Store gives our community the ability to design new gameplay possibilities.”

The net result will see the rise of entire in-game marketplaces that are not so unlike our real world in function. Complete with democratized goods, gamers will be able to use the Enjin wallet to store, trade and exchange items- all exchangeable for ENJ tokens.

The collaboration is a spectacular blessing for Singapore-based Enjin as they tap into Unity’s goldmine of users- with nearly 10% of the world’s population active on their games (some 770 million on more than 3 billion devices).

Naturally, the significance of this development hasn’t been lost to the team as they gear up to deliver what may be the single most significant meal ticket for their operation to date.

“We will be working closely with the Unity team to ensure the Enjin SDK is carefully optimized for their fantastic game engine, and works seamlessly inside the Unity Editor. We will also collaborate on producing in-depth documentation, tutorials, and Unity example projects for the official knowledgebase”

Unity’s Asset Store will shortly offer Enjin’s new plug-in, which will soon see blockchain-based assets integrated into existing, and upcoming games built on the Unity engine. In-game assets are then to be created by developers, and locked in value to ENJ tokens using Enjin’s creative, smart contract technology.

From items, costumes, property, skills, levels, points, to entire games, all will be transformed into a digital asset- being purchased or earned by gamers and stored in the Enjin Smart Wallet.

As ENJ tokens begin to litter the wallets of Unity’s vast diaspora, Enjin has every reason to rest on its laurels. The team is just getting started on their quest to redefine the role of gaming in our society; with Efinity to be their next ambitious undertaking- a highly-scalable game-channel network facilitating instant, limitless transactions.

In this day and age partnership announcements attract increasing scrutiny, with a number being PR-stunts in disguise and cunning breaths of hot air to inflate the value of a project. That said in every way, the Enjin/Unity venture should stand true as an upstanding example of a collaborative effort to create, disrupt and innovate an industry using blockchain technology.