Liquidations cross $100 million within 4 hours as BTC declines below $19k, Ethereum expects Paris upgrade as Bellatrix upgrade goes live and much more in this edition of CryptoSlate Wrapped Daily 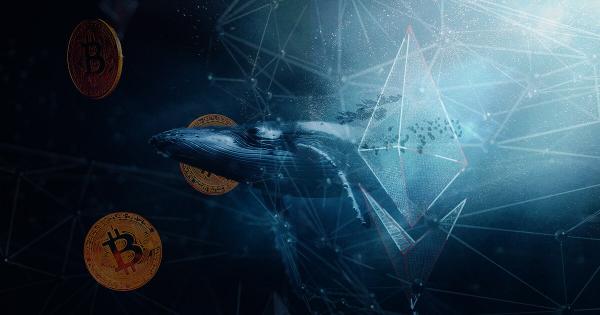 Twitter user CryptoVinco convincingly alleged that Bitcoin maximalist Michael Saylor is the whale behind the movement of over 200,000 BTC to Coinbase back in July. He claimed that Michael Saylor was planning to sell all the transferred tokens.

One of the biggest #Bitcoin whales with over 200K+ $BTC sent ALL of their coins to exchanges.

I’m 99% certain this is Michael Saylor’s Bitcoin address, and they’re planning to sell everything.

When he soon sells, expect a bloodbath to the likes we’ve never seen ever before. pic.twitter.com/vx643TPAyg

Notwithstanding, the crypto community did not fully buy into his claims on the grounds that the said wallet address holds more BTC than Saylor’s MicroStrategy.

The sharp decline in BTC price below $19,000 on Sept. 6 saw over $100 million in Bitcoin liquidation within four hours, according to Coinglass data.

The ripple effect on the market was that about 100,000 traders reportedly lost over $407 million in the total daily liquidations.

Circe CEO Jeremy Allaire threw his weight in support of Binance’s move to convert users’ USDC holdings to BUSD. He said the decision was consistent with the converged dollar book model obtainable in leading exchanges like FTX and Coinbase.

Wintermute’s Gaevoy added that using a converged will make the market more liquid and easier for users to deposit and withdraw USDC from the platform.

Bellatrix, the first step towards the Merge was successfully activated today. The upgrade was triggered on the consensus layer by 73% of Ethereum nodes.

With a successful execution of the Bellatrix upgrade, the community is preparing for the Paris upgrade, which will mark the end of proof-of-work mining on Ethereum and usher in the Merge.

News of the successful execution of the Bellatrix upgrade helped Ethereum gain up to 6% as its price hit $1,680.

Since the start of September, Ethereum has gained 15.6% when snapped against Bitcoin. Looking into the ETH-BTC charts, it revealed that Ethereum traded at a high of 0.84 BTC since falling low to 0.49 BTC in June.

Cardano Co-founder Charles Hoskinson was accused of trying to milk Ethereum Classic after he proposed a 20% miner tax.

In response to the allegation, Hoskinson said that Ethereum Classic is “a dead project with no purpose.” He, however, advised users who were keen on using proof-of-work networks to turn to the Ergo blockchain, which most Ethereum miners said they would adopt after the Merge.

A Market Decipher report shows that the gradual shift from physical to digital collectibles has contributed to seeing the Sports NFT market double from $1.3 billion to $2.6 billion in 2022.

Annual growth projections in the study reveal that the Sports NFT market will likely reach $41.6 billion by 2032.

Bitcoin’s exchange flow metrics analyzed by CryptoSlate reveal that there is an overall decline in both inflows and outflows, though inflows are rising higher, indicating that more investors are cashing out.

The analysis reveals that during bull market peaks, short-term holders bought Bitcoin while long-term holders were cashing out.

DBS CEO Piyush Gupta said the leading bank is working to extend its cryptocurrency services to over 300,000 investors across Asia, according to the Financial Times.

Only accredited institutional investors will be allowed to access the crypto offering as Singapore’s current regulatory measures restrict retail investors.