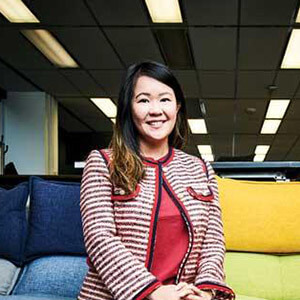 Crypto May Be Struggling, But Blockchain is Thriving

Lisa is the Founder and Head of R&D of Vanbex Group.

It’s not a particularly meaningful threshold, but it is a memorable one. Recently, the value of the average cryptocurrency has fallen further from its peak than the average tech stock during the worst portion of the dot-com stock rebound.

And while the crypto markets likely have a slow, measured recovery in their future, just like web platforms before them, current pure-financial troubles belie the fact that the core blockchain technology on which cryptocurrencies function is progressing at breakneck speed. And we’ll all see our lives change, as a result.

The blockchain is, in its simplest form, is a means of hosting information so that it cannot be tampered with – even by the people who collectively co-host that blockchain itself. This means that data, including unique registration numbers, can be kept secure and totally unique, allowing validated cryptocurrencies with a stable supply, and thus a stable value, to come into existence. That core ability to do so, called “trustless” hosting, can be used much more widely than just validating unique IDs, however, which is the entire point of the blockchain.

Right now, blockchain technology is being developed by groups as diverse as IBM, Wells Fargo, and both the U.S. and Chinese governments. Private investment is becoming more anemic as the market weakens, but corporate interest is arguably stronger than ever. That’s because as the crypto-economies that the blockchain made possible begin to come down to a more sustainable valuation, the core technology continues to advance at an ever-higher pace.

As a result, even as crypto markets struggle, blockchain projects begin to take on more complex jobs than the fund’s transfers that have come before. Platforms like dFinity and Golem administer the sharing of computer time by tokenizing computer cycles. Other projects look to tokenize things like carbon credits for environmental management and patient records for healthcare. The Decentralized News Network is a platform for funding and distributing journalism, essentially tokenizing the process of informing the public. It’s turning out that anything from items in a supply to chain to votes in an election could be tokenized to great effect, and on platforms that are already entering the market. Advanced blockchain-based platforms like Ethereum and NEO can host and execute feature-complete code for virtually any application.

Many of the most advanced blockchain products are also emerging from privately hosted blockchains or those that do not let just anyone sign up to host the ledger. Companies like IBM are moving steadily toward an initial service offering even as public blockchain projects struggle in the face of market volatility; for a private blockchain, there is no market to worry about, so long as the corporation backing it remains solvent. There is no democratization since the blockchain is hosted by proprietary networked computers, but this also comes with a decrease in volatility.

Volatility is turning out to be the crux of the blockchain’s ongoing weakness – not its technical abilities, but its reliable technical abilities. As public blockchains slowly figure out how to deliver this within their grassroots structure, we’re seeing big gains for public blockchains that can already deliver it. They are seeding the marketplace with viable, working products that are not at all for the whims of crypto-markets – it’s only after these crypto-markets have settled into something like a predictable pattern of behavior that public blockchains will be able to compete on features and real-world applicability.

Cryptocurrencies are, in a word, troubled, with fluctuations often throwing the solvency of service providers into doubt. That means very little to the progression of blockchain technology itself, however, which can be put to innovative new uses once the variable of currency has been kept static by a single, all-powerful blockchain owner. It’s directly contrary to the core concept of blockchain’s democratization of everything – but it may be the most effective way to actually break into real-world markets, regardless.

What we’re seeing is that the purely technical side of blockchain is progressing much more quickly than the purely financial side and that the governance of blockchain systems is the main way in which those systems struggle. So watch for blockchain applications, and take note: is it a public blockchain, or a stop-gap paving the way for true democratization via private blockchain structures? Limited applications of blockchain have the easiest road to real-world application, but they cannot achieve the true dream of decentralization since their stakeholders are not, in principle, decentralized.

At Vanbex, we specialize in developing effective strategies accompanied by leading marketing services for blockchain businesses, so we see first-hand the incredible achievements decentralization can produce. The blockchain space is all about innovation and destruction of stagnant power structures, and in that sense, it is still going strong. Crypto may not be the best place to park your retirement savings, and it may never reach that level of stability, but that was also never the point. The point was supposed to be changing and improving, the world.

Since 2013 Vanbex Group has specialized in consulting, communications & development for global blockchain businesses.

Lisa Cheng is the Founder and Head of R&D of Vanbex and Etherparty. She currently serves as an Advisor for emerging tech startups and has an expertise in Business Development and Product Strategy. Her background includes Fortune 500 companies, Enterprise Sales, Big Data, and SaaS. Lisa is an early investor of bitcoin.