In an interview with Modern Consensus, Craig Wright showed a document explaining the origin of his alleged alias Satoshi Nakamoto. 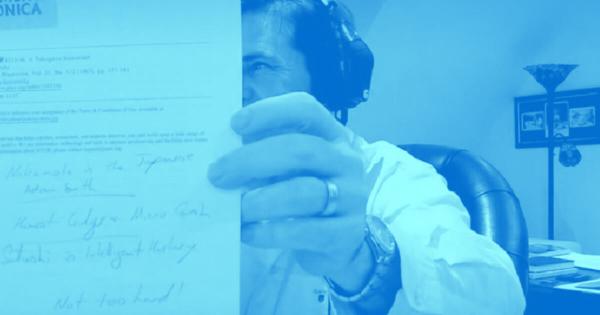 In an interview with Modern Consensus, Craig Wright showed a document explaining the origin of his alleged alias Satoshi Nakamoto. The blurry excerpt from an academic journal seemed timestamped to early 2008, but closer inspection showed that not only was the format wrong but that the entire date could have been photoshopped.

None of the hits Craig Wright has taken in the past six months seemed to have slowed him down. After losing the Kleiman case in August, the self-proclaimed Satoshi Nakamoto continued to weave an even more intricate web of lies than the one that got him in trouble the first time around.

In a bid to give his claims to be the creator of Bitcoin more merit, Wright produced what could only be described as one of the most thoughtlessly edited documents in crypto history. In an interview with the Modern Observer, Wright said that he had been busy digging up “old documents” showing the start of Bitcoin.

Speaking to Brendan Sullivan, a journalist that claims to have been subpoenaed by Ira Kleiman’s legal team for his previous interviews with Wright, he said that one of the documents he found showed the origin of where he chose the name, Satoshi Nakamoto.

He then produced a printout of an article from JSTOR, a digital database of academic journals, showing it was accessed on Jan. 5, 2008. The article, originally published in a 1967 Japanese academic journal walled Monumenta Nipponica, was co-authored by Tominaga Nakamoto, an 18th-century Japanese philosopher.

Honest money and intelligent learning: How Satoshi Nakamoto got his name

Tominaga Nakamoto’s thoughts on “honest money and the rational nature of things” really hit home with Wright, who said he was able to identify with both his ideas and his character. Satoshi, he said, actually means “intelligent learning,” which Wright believes fits perfectly with Nakamoto’s life work.

The loose explanation took no time to debunk, though. Crypto researcher SeekingSatoshi, known for debunking most of Wright’s previous claims, pointed out that the date on the document look like they were tampered with. As many Twitter users pointed out, the first thing wrong with his document was that the date format seemed to be wrong—dates in Wright’s document are separated by slashes (05/01/2008), while dates on every JSTOR document are currently separated by dashes (05-01-2008). 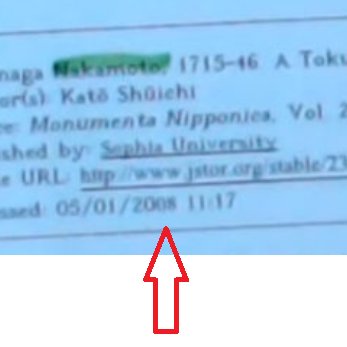 “Notice anything odd about the last two digits on the year this document was CLAIMED to have been accessed? The 08 looks much smaller than the 20 and they are not aligned. Signs of tampering? Changing 2019 to 2008? All I can say is, Craig you’ve done it again”

OpenTimestamps, a Bitcoin timestamping service ran by Peter Todd, said that unlike blockchain stamps, which are a series of hash functions and concatenation operations executed in a sequence that result in a Bitcoin Merkle block, Wright’s timestamp is nothing but a number on a piece of paper held up to a webcam. The account tweeted:

“An OpenTimestamps proof is a series of hash functions and concatenation operations, executed in sequence, that result in a merkle root of a Bitcoin block. A Craig Wright timestamp proof is a number on a piece of paper held up to a webcam.”