CBOE, on January 31, has resubmitted their Van Eck SolidX Bitcoin ETF application, with a proposed rule change, to the SEC after withdrawing it on January 22. 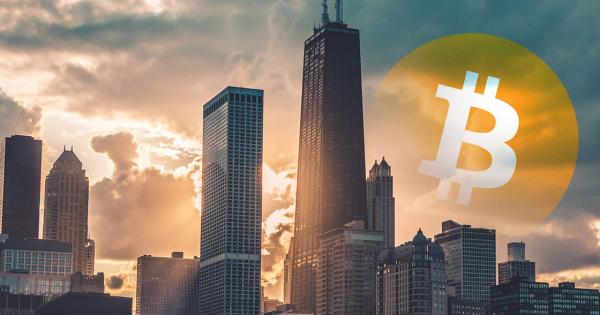 CBOE, on Jan. 31, has resubmitted their Van Eck SolidX Bitcoin ETF application, with a proposed rule change, to the SEC after withdrawing it on Jan. 22.

SEC deputy secretary Eduardo Aleman confirmed over a week ago that the CBOE BZX Exchange had pulled its proposed rule change, which would have allowed it to list shares of the VanEck SolidX Bitcoin Trust if approved.

But in a turnaround, CBOE has now resubmitted the EFT application just over a week later. The original notice of withdrawal did not stipulate a reason for the action. However, many have speculated that the U.S. government shutdown had a role to play, leaving the SEC unstaffed during the duration of the incident.

VanEck CEO, Jan van Eck, told CNBC that the proposal was being withdrawn and would be submitted at a later date following continued discussions with the SEC, but he added that those talks were mostly put on hold as a result of the partial government shutdown:

“We were engaged in discussions with the SEC about the bitcoin-related issues, custody, market manipulation, prices, and that had to stop. And so, instead of trying to slip through or something, we just had the application pulled and we will re-file when the SEC gets going again,” van Eck stated to CNBC.

The government shutdown came to an end on Jan. 25, allowing federal departments, like the SEC, to get back to work, and thus allow the CBOE to once again submit their application.

Because the rule change proposal has not yet been published in the Federal Register, there is still no time limit set for the SEC to make its decision. However, once the proposal is published, the SEC will have a maximum of 240 days to decide whether to approve or reject the proposal.

The decision taken by CBOE will no doubt play a significant role in lengthening the waiting period for a decision to be made on a Bitcoin ETF. Before this withdrawal, the ETF application was due to receive a final decision on Feb. 27. This date was also extended after the SEC made provisions to further scrutinize the application.

Jan Van Eck, CEO of Van Eck Associates, told CNBC’s ETF Edge that he believes many investors who sold gold for bitcoin during its climb to $20,000 are now returning to precious metals.

In an official statement, Intercontinental Exchange (ICE), the parent company of the New York Stock Exchange (NYSE), revealed that Bakkt will launch its Bitcoin futures market by December 2018.

On September 10, the Winklevoss twins and United States-based regulated crypto exchange Gemini released a stablecoin that could impact the market in a more profound way than a Bitcoin exchange-traded fund (ETF).