After the successful release of its 1.5 mainnet, Cardano (ADA) has broken out from its normal trading range, reaching 2019 highs. 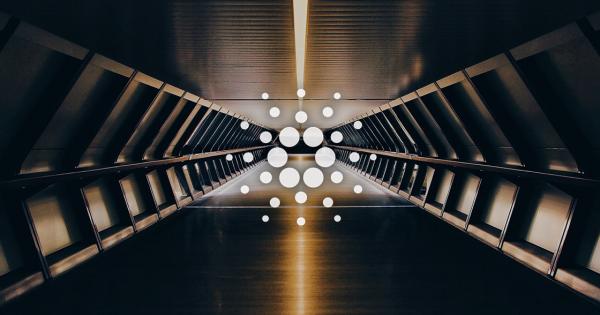 After the successful release of its 1.5 mainnet, Cardano (ADA) has broken out from its normal trading range, reaching 2019 highs. It appears that after consistently meeting development and restructuring the Cardano Foundation that cryptocurrency enthusiasts are beginning to take notice.

Once these sells were exhausted, within 14 hours the price of Cardano returned to previous resistance around $0.0530, shortly before breaking through this resistance to reach 2019 highs of $0.0587; ADA has not traded at these prices since November of 2018.

That said, the coin is still only trading at a fraction of its January 2018 all-time highs of $1.33. The coin is currently trading at roughly 1/22 of these highs now.

Factors Behind the Movement

What appears to be the largest factor behind the price movement is the successful release of Cardano’s 1.5 mainnet.

Between the three branches of Cardano’s government, the Foundation was tasked with “driving adoption, releasing news, conducting evangelism, and marketing the project.”

However, the community claimed that the Cardano Foundation failed in most of its responsibilities, with one petition claiming it “failed to build and lead a competent organization.” Cardano founder Charles Hoskinson and Emurgo CEO Ken Kodama agreed.

In response to the resignation, Hoskinson said the community is “waking up the Foundation and getting it where it was supposed to go,” indicating the Cardano is ready to more actively participate in community building and marketing. Three months later, perhaps ADA is seeing the benefits of a stronger Cardano Foundation and better marketing.

Overall, it appears that Cardano has been focused on the long-term viability of the project. Beyond mere marketing, the project seems to prioritize improving the utility of its blockchain and the soundness of its technology. Now, it looks like it is paying off.