Cardano has successfully deployed its 1.5 mainnet, bringing the protocol a step closer to proof-of-stake consensus that “matches the security guarantees of proof-of-work protocols such as Bitcoin.” The update also includes a number of other optimizations, primarily around the blockchain’s crypto wallet, Daedelus. 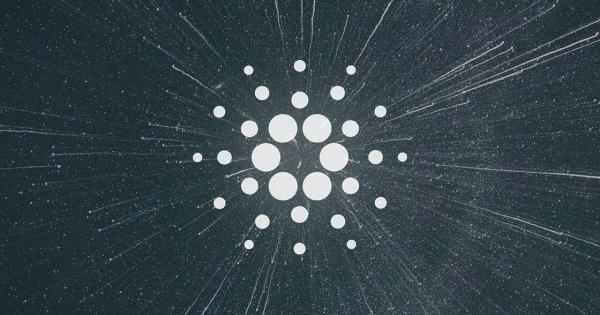 Cardano has successfully deployed its 1.5 mainnet, bringing the protocol a step closer to proof-of-stake consensus that “matches the security guarantees of proof-of-work protocols such as Bitcoin.” The update also includes a number of other optimizations, primarily around the blockchain’s crypto wallet, Daedelus.

On Mar. 21st, Cardano deployed its 1.5 mainnet. The release is the final stage of the project’s “Byron” phase of development, which includes optimized block storage, tools for programming language Rust, Daedalus for Linux, a Cardano testnet, and other features.

Technically, the release will fork Cardano. However, because the release is uncontentious it is unlikely to split the community or create a separate cryptocurrency.

The 1.5 release also includes progress towards the project’s move to a new proof-of-stake consensus protocol. Currently, the project is using “Ouroboros Classic,” which uses a more limited number of nodes among other deficiencies. With 1.5, the project is transitioning to “Ouroboros BFT (Byzantine fault tolerance),” which is an intermediary for the projects final consensus algorithm, “Ouroboros Genesis.”

According to materials from IOHK, Ouroboros BFT is a common technical “meeting point” for the two protocols in order to ensure a “smooth handoff.” Allegedly, the update is “major” because it represents the “first proof-of-stake protocol that matches the security guarantees of proof-of-work protocols such as Bitcoin.” The update will not be active immediately with 1.5 and will be announced separately, according to the release.

The 1.5 release also includes a host of other fixes and performance improvements, primarily revolving around Daedelus, Cardano’s primary crypto wallet.

It appears that Cardano has continued to deliver on its development promises for Q1, consistent with the project’s development-first-hype-later approach towards management. However, whether this will translate to Cardano and its cryptocurrency Ada overtaking incumbents like Ethereum is uncertain.

Cardano will unveil more details on its plans for Shelley at IOHK Summit 2019.

The 2019 IOHK Summit is an opportunity for blockchain enthusiasts and businesses from around the world to meet, collaborate, and discover more about how IOHK is reimagining this influential technology to be better and more secure than mever. Learn More