How Blockchain Can Revolutionize the News Industry

In nearly every way, the past two years have been uniquely disorienting. 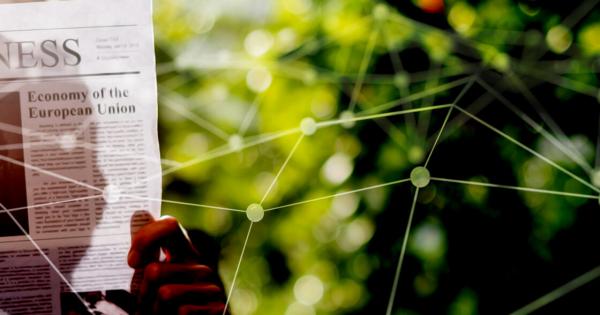 In nearly every way, the past two years have been uniquely disorienting. A high-altitude overview of the news includes a country voting to leave a union with the Brexit vote, a hotly contested U.S. presidential election, numerous conflicts around the world, and the emergence of new investment and financial services stemming from the rise of cryptocurrencies.

At a time when clarity and careful consideration are as crucial as they have ever been, information has never been less trusted or less transparent.

It’s easy to see why.

This week, Facebook endured another privacy-related scandal when The New York Times reported that app developers accessed troves of user information as well as information from their friends and family.

What’s worse, that information was used to build comprehensive profiles that companies exploited to create targeted advertisements that preyed on people’s biases and prejudices. This event is part of cascading news story involving Russia’s use of social media to sway peoples’ opinions through misinformation, false accounts, and doctored photos.

Even statements between high-level government officials are fraught with skepticism. U.S. president Donald Trump, in a campaign speech, admitted to making up statistics about trade deficits when speaking with Canadian prime minister, Justin Trudeau.

Of course, none of this is made better in the age of “alternative facts,” “fake news,” and Photoshop, which spread like wildfire across the internet. In other words, the technology that we relied on to bring us together and keep us informed has had the opposite effect.

The blockchain receives a lot of hype for its potential to disrupt industries that remained constant for decades, and by almost any measure, it deserves the attention. The blockchain’s most compelling features — such as the ability to create immutable records, to securely transmit data, and to resist tampering — make it a perfect tool for combating the misinformation that is damaging civil discourse and effective policy decisions.

If anything, the blockchain isn’t overhyped. It’s underutilized.

Consider just two of its use cases.

The World News is the first blockchain-based news service. It aggregates news from various news sources and allows them to be accepted, edited, or removed. Using a simple color stoplight color code, The World News designates articles as “trusted,” and it provides a clear timeline for updated information. Since news is always changing, The World News uses blockchain records to document those changes and to update sources accordingly.

Their tagline “the world without fake news,” is a lofty but necessary goal. Although it’s not the most elegant interface, it’s catalog of updated articles makes it a valuable resource for the digital information age.

The World News isn’t the only blockchain platform pursuing this goal. The Decentralized News Network recently launched its ICO. Their platform creates a marketplace for quality content that is free from corporate, political, or individual bias. By incentivizing quality, peer-reviewed content, DNN looks to flip the script on the current media market that places the most value on the most sensational or shocking content.

These companies, along with others who are pursuing similar ideas, have the opportunity to transform our information streams by improving their quality and content.

In a March 14th editorial for The Wall Street Journal, Mounir Ibrahim advocated for using the blockchain to transmit verified images or data points to document atrocities. He writes,

“Technological advances now make it possible to disseminate images and videos around the world in seconds…Device sensor data can verify precisely where a photo or video was taken, and the blockchain can ensure its integrity in perpetuity. All this information can be stored securely on the blockchain.”

Several global events require documentation and news coverage, but those efforts are undermined when a source’s integrity is questioned. As Ibrahim observes, the blockchain can create verified, tamper-free records of important events. As the integrity of the Iran Nuclear Deal is being debated or ISIS atrocities are documented, the blockchain establishes a degree of reliability and authenticity that is difficult to replicate any other way.

The problem with the blockchain isn’t its capabilities. Instead, it’s the belief that the blockchain will immediately bring about all the change we hope to see in the information age.

Decentralized news platforms or blockchain-based documentation can bring real authority to the most critical issues of our time, and adoption will be the biggest hurdle and lag on their proliferation.

Their adoption cannot come soon enough. In a best-case scenario, this turbulent time in history will inspire us to improve our processes and our approach to information and truth. The blockchain can help, and we need all the help we can get.