Bitcoin’s social sentiment level is at a new low – could prices surge?

The social sentiment for Bitcoin — a metric that tracks the asset’s public perception on social media and forums — has reached a record low level, according to on-chain tracking firm Santiment. 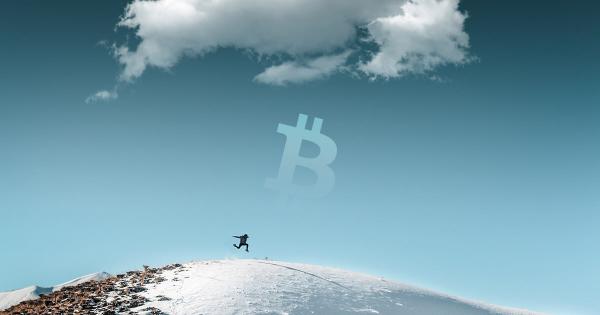 Photo by Hamidreza Torabi on Unsplash

The social sentiment for Bitcoin — a metric that tracks the asset’s public perception on social media and forums — has reached a record low level, according to on-chain tracking firm Santiment.

Historically, a surge in price usually follows each time the social sentiment values fall this low, the firm said.

Santiment noted that as Bitcoin crossed above $11,000 for the first time since September 3, the asset’s sentiment — such as mentions, hashtags, and comments — on  Twitter fell “surprisingly” to an all-time low.

The firm used a proprietary method that calculated Bitcoin’s overall volume of mentions and weighted them against positive and negative commentary on the platform.

1) As $BTC has crossed above $11,000 for the first time since September 3rd, the sentiment of #Bitcoin on #Twitter is surprisingly at an all-time low, according to our weighted calculation that takes into account the overall volume of $BTC mentions vs. pic.twitter.com/aFW60bjWwu

The firm added that “negative sentiment at extremely low levels correlates with price rises, whereas extreme highs correlate with price retracements,” indicating that Bitcoin prices may see a leg-upwards in the coming weeks if historical data were to be considered.

The chart below maps the “long-term sentiment score” with Bitcoin’s price, showing the latter has just begun to catch up with the public perception of the pioneering digital asset:

Sentiment remained stable even when Bitcoin suffered the infamous “Black Thursday” event in March when prices fell by over 45 percent over two trading sessions. However, public perception stably grew since, with prices catching on to reflect the metric.

Just going by the data alone — Bitcoin has still not converged with the long-term public sentiment. A “gap” still remains, showing BTC is undervalued according to this particular metric.

Meanwhile, additional metrics show the Twitter-verse is starting to be less concerned about Bitcoin’s price. Tweet dominance is just 42 percent even as prices go up. This can be attributed to the rise of Ethereum, DeFi, and DEX-based altcoins in recent weeks — with the trio featuring massive retail interest after some tokens surged 1000x in a few days.

At press time, Bitcoin trades at $10,900 and is continuing its short-term uptrend. The asset trades about its 34-period exponential moving average and has local support in the $10,500-$10,600 price range.