After rallying from the lower-$6,000 region earlier today, Bitcoin bulls stepped up and propelled the benchmark cryptocurrency up to highs of $7,300 in what ultimately proved to be a fleeting movement. 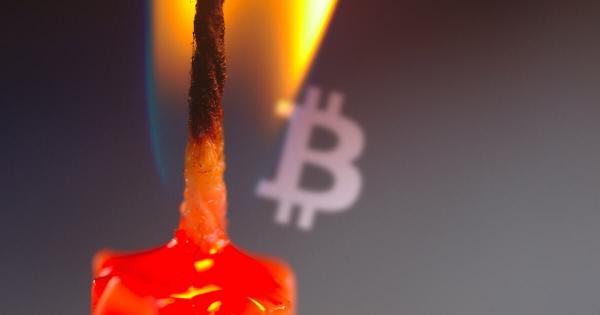 After rallying from the lower-$6,000 region earlier today, Bitcoin bulls stepped up and propelled the benchmark cryptocurrency up to highs of $7,300 in what ultimately proved to be a fleeting movement.

The rejection from this level has led BTC to reel back into the upper-$6,000 region, with this movement leading a significant amount of open positions on the crypto trading platform BitMEX to be liquidated.

It also led to the formation of what analysts are describing as an “ugly” 4-hour candle, which suggests that the crypto’s mid-term outlook may be gloomy.

Bitcoin forms massive “scamwick” in the fleeting movement to $7,300

It has been a volatile past few hours for Bitcoin, with the crypto racing to highs of $7,300 before finding itself caught within a downtrend that has since led it to its current price of $6,750.

This movement resulted in what appears to be a highly bearish four-hour candle, with the rejection at these highs being a sign that the cryptocurrency’s buyers still remain weak.

Josh Rager – a prominent crypto analyst – explained that a daily close below $6,800 could be a dire sign for Bitcoin’s mid-term trend, potentially opening the gates for significantly further downside.

“BTC 4 hr candle is ugly right now. Closing below $6800s wouldn’t be pretty – would like to see reclaim and hold previous December range above $6900. Price came down and tapped $6700 support, we’ll see if price can push back up from here – daily close still hours away.”

It’s important to keep in mind that Bitcoin is still trading up from daily lows of roughly $6,200, meaning that it may still be able to close a neutral or slightly bullish daily candle if buyers are able to support it around its current price level.

One byproduct of today’s volatility has been a significant number of position liquidations on popular cryptocurrency trading platform BitMEX.

According to data from Skew – a research and analytics platform – the total hourly liquidations for the time in which this fleeting pump to $7,300 and subsequent retrace occurred totals at nearly $50 million.

For perspective, this marks a massive climb from the total hourly average seen throughout the past several days, which is currently at $1.9 million.

If today’s volatility becomes commonplace in the days ahead, it is likely that this average will post a notable climb.