Bitcoin (BTC), the world’s largest cryptocurrency by market cap, has experienced a steady increase in its market valuation since the low of December 17, 2018 which may be correlated to the strong growth in the number of confirmed transactions on its blockchain—reaching levels not seen since the peak of the market in 2017. 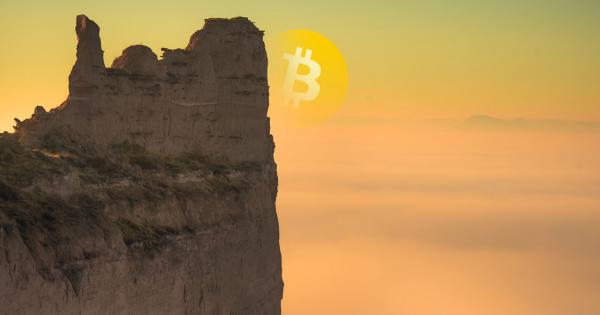 Bitcoin (BTC), the world’s largest cryptocurrency by market cap, has experienced a steady increase in its market valuation since the low of Dec. 17, 2018 which may be correlated to the strong growth in the number of confirmed transactions on its blockchain—reaching levels not seen since the peak of the market in 2017.

Bitcoin’s Network Activity on the Rise

The increasing network activity of the Bitcoin network could imply a shift in market sentiment, similar to how higher trading volume is correlated to bullish movement. According to Erik Voorhees, the CEO of ShapeShift, the number of daily confirmed bitcoin transaction represents the most relevant metric in the cryptocurrency market.

The most important chart in crypto https://t.co/XME5jivO5x #bitcoin #blockchain #finance

Although there is no direct correlation between bitcoin’s market valuation and the number of confirmed transactions, they have been moving similarly. BTC’s network activity could soon hit an all-time high (ATH) if the price continues to surge, which could be a sign of growing interest in the cryptocurrency itself.

Another metric used among analysts is BTC’s outputs per day. Many believe that this indicator provides better insights into the overall economic activity of the blockchain. Some of the big players in the crypto sphere use batching, which is the process of incorporating multiple outputs in a single transaction, to reduce their transaction fees.

Thus, the number of daily transactions underrepresents the amount of economic activity occurring on Bitcoin when looking at transactions alone.

Currently, the amount of outputs per day is peaking at over 1.2 million, fueling the idea that bitcoin’s bear market might be over as the total number of transactions are on the rise. There are other signs that point to the same direction, but whether this is true or not, it is recognizable that optimism is growing among investors as the market continues to climb higher.